James Anderson was in his elements when he captioned a throwback picture put up by the International Cricket Council. 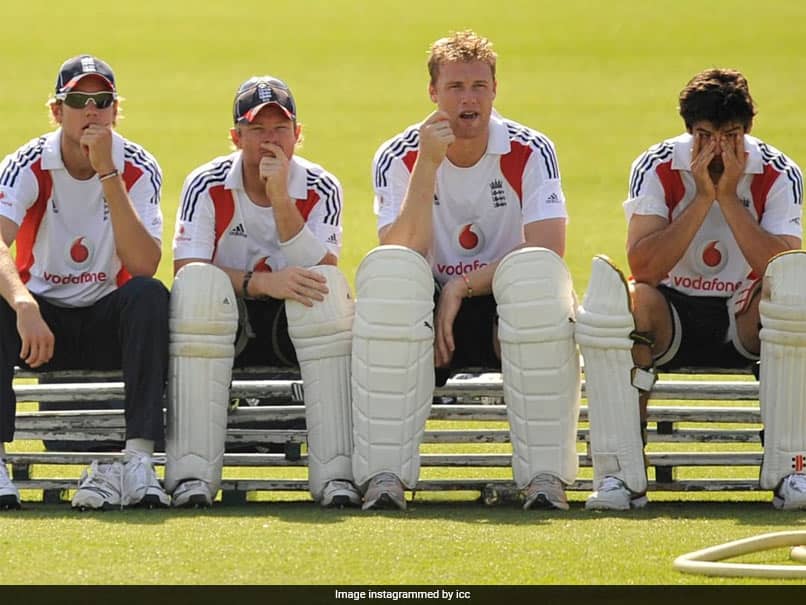 ICC shared a photo of some England veterans and asked fans to caption it.© Instagram

The International Cricket Council (ICC) on Tuesday shared an old picture of the England team featuring Stuart Broad, Ian Bell, Andrew Flintoff and Alastair Cook and asked fans to caption it, and it was pacer Jimmy Anderson who came up with the winner. In the picture, former England captain Cook is seen sitting all padded up with his head in his hands. "Cooky looks like he's watching me bat!" Anderson commented with a facepalm emoji, poking fun at his own skills with the bat, or the lack of it.

While Anderson is one of the most prolific bowlers in Test cricket history, he never went above the No. 11 position with the bat.

His comment gathered close to 500 'likes' within an hour, with a slew of fans leaving laughing emojis as replies to his comment. 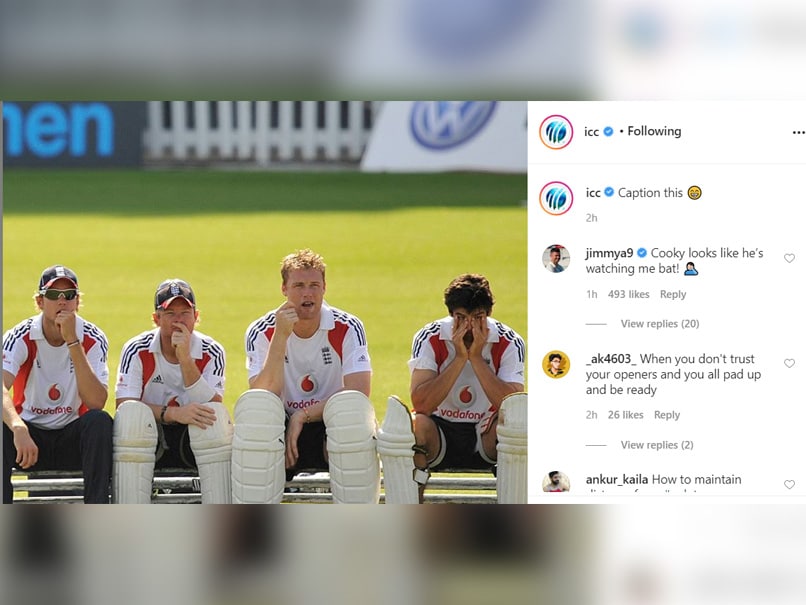 "Broad surprised at your swing," he wrote.

Anderson and Cook are the two highest-capped players for England in Test cricket.

Anderson, with 584 scalps to his name, is the fourth-highest wicket-taker in Test history, and the highest among pacers.

Alastair Cook, apart from boasting the greatest number of Test appearances for an England player, is also their highest-ever run-scorer, with 12472 runs from 161 matches.

Anderson will be looking to add to his tally when England take on West Indies in a three-match Test series in July, marking the resumption of international cricket since the coronavirus pandemic brought sports to a halt across the world.

James Anderson Alastair Cook Cricket
Get the latest updates on India vs England Series, India vs England , live score and IPL 2021 Auction . Like us on Facebook or follow us on Twitter for more sports updates. You can also download the NDTV Cricket app for Android or iOS.