James Anderson said he can imagine it was a scary decision for the West Indies players to tour England for a Test series. 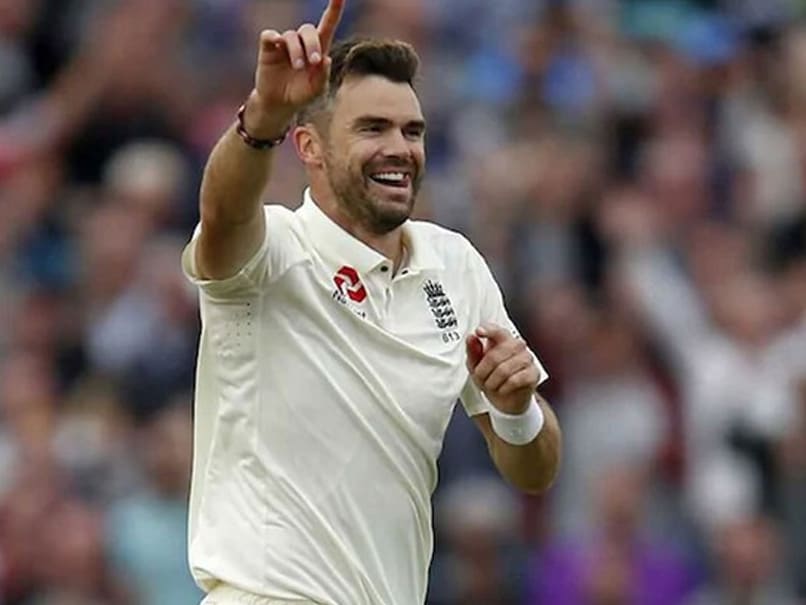 James Anderson said that it was "brilliant" that Test cricket is about to resume.© AFP

James Anderson has thanked the West Indies for taking the "scary decision" to tour England, with Britain suffering from the most number of coronavirus deaths in Europe. More than 40,000 people are confirmed to have died from COVID-19 in Britain's outbreak so far. The West Indies arrived in Manchester on Tuesday ahead of a three-match series behind closed doors that will begin at Southampton on July 8 and signal the return of international cricket after the virus lockdown.

"I think it's great for the game, brilliant that we're closing in on getting some Test cricket played after a decent lay-off," Anderson said during a conference call on Thursday.

International cricket is central to funding all levels of the game, with the England and Wales Cricket Board estimating it could lose 252 million pounsa ($320 million) if no matches of any kind were staged this season.

Three West Indies players decided against touring but a 25-strong squad led by captain Jason Holder has travelled to England.

"From our point of view we're very grateful the West Indies are coming over here," said Anderson.

"With what's going on in the world I can imagine it's a scary decision for a lot of them, for all of them, to make the journey over."

The second and third matches will take place later in July at Old Trafford, Anderson's Lancashire home ground and the West Indies' current bio-secure base.

A trio of back-to-back games will make life tough for pacemen such as Anderson, England's most successful Test bowler.

At the age of 37, he is nearer the end than the start of his illustrious career and the past year has seen him miss games through injury, notably a broken rib.

Anderson, however, said he had maintained a decent level of fitness during lockdown and was enjoying bowling in the nets again.

But he accepted a series spanning just 21 days might mean England having to make the most of their pool of fast bowlers.

"There are concerns -- we're not going to have had any competitive cricket before that first Test match and we've got three Tests in quick succession, so there are obviously things we need to look at in terms of workloads and whether we play all three as bowlers or whether we rotate," said Anderson.

"I'm sure the medical staff and coaches are doing their due diligence on that. It's something we'll have to look at in a few weeks' time but at the moment I'm enjoying being back and feeling really good."