England Test Series "An Opportunity We Should Grasp": Jason Holder

Jason Holder was excited at the prospect of cricket returning after the coronavirus pandemic had brought the game to a standstill. 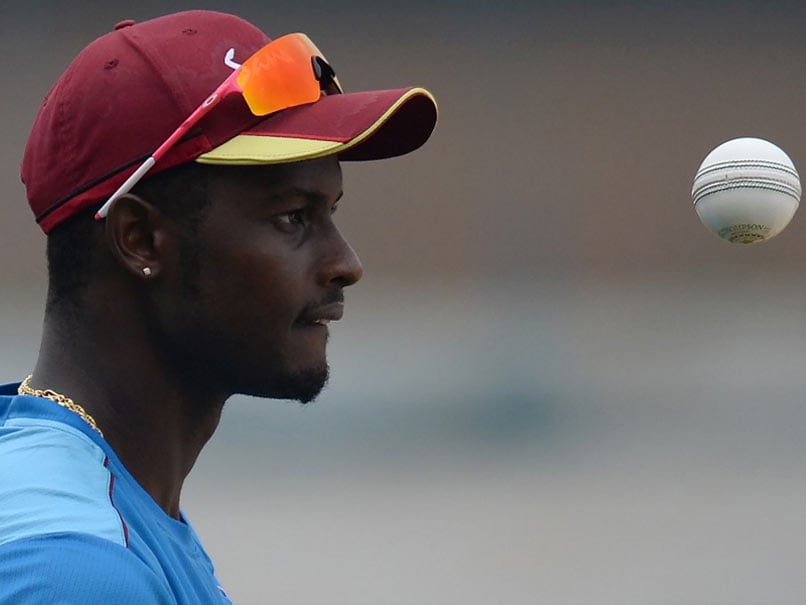 Jason Holder is excited to take on England in the three-match Test series.© AFP

West Indies captain Jason Holder has urged his side to grasp the opportunity provided by a Test series in England as international cricket prepares to return after the coronavirus shutdown. The West Indies arrived in Manchester on Tuesday ahead of their three-match series in July and Holder was in a buoyant mood during a conference call. "Oh, man, I've been sat at home for the last couple of months doing nothing," he said on Wednesday. "So to be getting some cricket, doing something I love and have loved doing from the time I started doing it... and I think most of the guys feel the same way."

"We haven't had competitive cricket for a while. We don't even know what is going to happen after this series. So I think it is an opportunity that we should all grasp."

While the West Indies trio of Darren Bravo, Shimron Hetmyer and Keemo Paul refused an invitation to tour, Holder was adamant no member of the 25-strong squad had been coerced into making the trip.

"We've all made a decision to come over here, not been forced, and we've done it because we want to be here, we want to play cricket," the fast bowling all-rounder said.

"Everybody had their free will. I just think it's a case that at some point or another we had to resume some kind of normalcy.

"To be honest, I feel pretty safe. I must commend the ECB (England and Wales Cricket Board) -- they've been outstanding."

With global protests taking place around the world following the police killing of George Floyd in the United States, Holder said he would have to discuss with his team whether they should take a knee in support of the Black Lives Matter campaign.

Former West Indies captain Daren Sammy said this week that he had been subjected to racist abuse in the past in the Indian Premier League.

Holder was unwilling to comment on Sammy's case but cited incidents involving England's Moeen Ali and Jofra Archer as proof of the work cricket had to do to root out the problem.

"I haven't had any personal experience of racial abuse in cricket," he said.

"As a sport I can only dial my memory back to the incident with Moeen Ali and Jofra also had an incident in New Zealand.

"For me the only solution is finding unity and equality in all races."

The back-to-back Test series, originally scheduled for June, will now be played behind closed doors.

Southampton will stage the first Test from July 8 before the next two take place at another bio-secure venue, Old Trafford, whose onsite hotel is currently home to the West Indies squad.

Asked how his players would cope with being cooped up in a hotel for weeks as a precaution against the spread of COVID-19, Holder replied: "We have been to some places... in the subcontinent you don't go outside the hotel too much. So I am pretty much classing this as a subcontinent tour.

"It is what it is and it could be the new norm for a while."

Holder, whose side hold the Wisden Trophy after defeating England on home soil last year, said he would miss the hosts' vocal Barmy Army supporters' group.

"I guess the only sad thing is we won't be able to play in front of crowds," he said.

Jason Holder Cricket
Get the latest updates on ICC T20 Worldcup 2022, check out the Schedule and Live Score. Like us on Facebook or follow us on Twitter for more sports updates. You can also download the NDTV Cricket app for Android or iOS.