If Something Is Not Done Soon, You Will See Smaller Countries Playing Less: Jason Holder

West Indies captain Jason Holder talked about the financial problems that are being faced by smaller countries in cricket in a world scarred by the coronavirus pandemic. 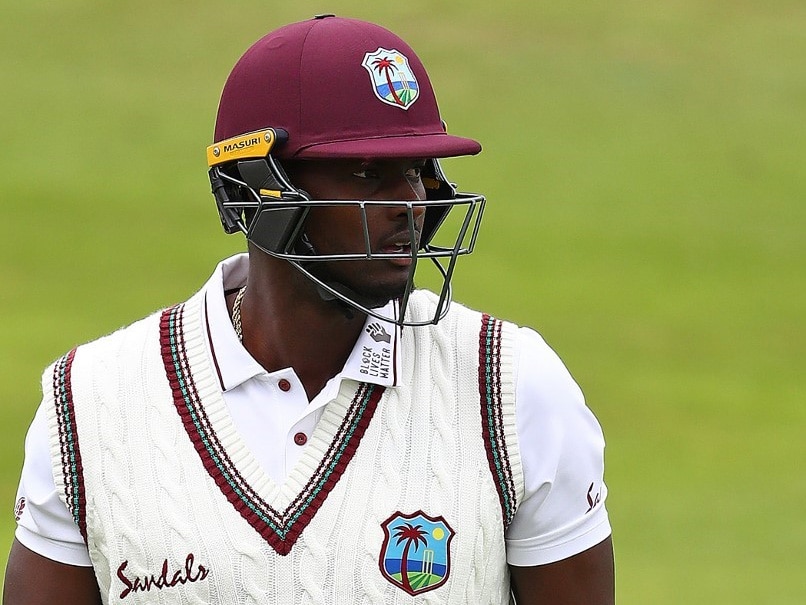 Jason Holder hopes that England can tour West Indies later this year for a series.© AFP

West Indies captain Jason Holder feels "relevant" authorities need to ensure that smaller teams get to play regular international cricket as in a world scarred by COVID-19, only India, Australia and England have the resources to stage games in bio-secure bubbles. The cricketing fraternity has lauded the West Indies' decision to tour England amid the pandemic. The three Test-series, which England won 2-1 on Tuesday, marked resumption of international cricket. The series was played in a bio-secure environment increasing organisational costs significantly and Holder said teams like the West Indies are likely to struggle to create a similar environment.

"If something doesn't happen soon we'll see less international cricket being played by smaller countries because we simply can't afford it. We've gone from having four, five-match series, down to two and three," Holder said after the conclusion of the third Test here.

"And it's very difficult to host any more than that for us, particularly the Caribbean. So yeah, it is a serious dilemma that we're faced with. I think the relevant personnel really need to sit down and have a look at it," he added.

The West Indies were confined to just two venues -- Manchester and Southampton -- during the eight-week tour. Both teams stayed on site.

Holder hopes that England too will reciprocate their gesture and tour the Caribbean soon.

"We only really make money from England, and I think India. We break even with Pakistan and Australia, and all the rest of the series we play are losses. But in these trying times only England, Australia and India can probably host cricket," he said.

"Outside of that, the smaller territories are struggling financially to get cricket on...if there''s an opportunity for England to come over to the Caribbean before the end of the year, I'm sure that would help significantly for Cricket West Indies' financial records."

The West Indies players and staff have had to take pay cuts due to the financial impact of COVID-19 on their board.

"It's been a tough couple of years in West Indies cricket financially. We've pretty much had to take a pay cut, so if it's possible to host a tour before the end of 2020, it would probably keep us afloat as an organisation," Holder said when asked about the current situation.
Despite the challenges posed by this tour, Holder said it was enjoyable.

"I've thoroughly enjoyed the experience. It's the first time I've had the opportunity to mingle with, more or less, the A-team players, because I haven't played much first-class cricket in the last couple of years.

"I'm not sure right now if Cricket West Indies could afford to have an academy, or something similar to Loughborough here in England, but that is definitely something that would help CWI," he added.