Angelo Mathews scored an unbeaten double-century against Zimbabwe at Harare and Jason Gillespie sent him a congratulatory message, creating much mirth on the Internet. 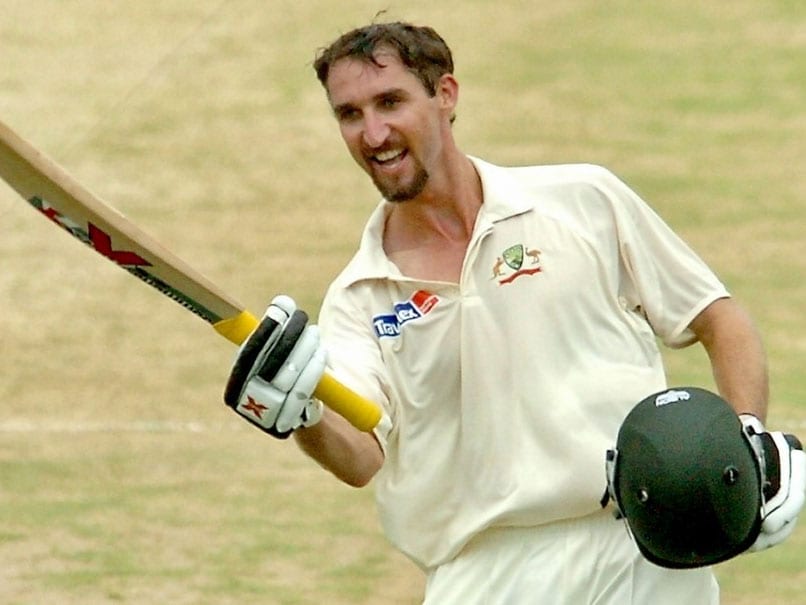 Jason Gillespie played his highest-ever Test knock of 201 not out against Bangladesh in 2006.© AFP

Jason Gillespie has played 71 Tests, 97 One-day Internationals (ODIs) and a sole Twenty20 International (T20I) for Australia. The fast bowler has taken a total of 402 international wickets (259 in Tests, 142 in ODIs and 1 in T20Is) but one of his greatest cricketing achievements remains scoring an unbeaten double-century, which came against Bangladesh in 2006. On Wednesday, Sri Lanka all-rounder Angelo Mathews struck his highest Test score with an unbeaten double-century against Zimbabwe at Harare and he was welcomed to the '#TestDoubleClub' by none other than Jason Gillespie. Gillespie's tweet welcoming Angelo Mathews led to a laugh riot on Twitter.

Hahah that celebration though... evergreen pic.twitter.com/Xa0FYDeqK9

How to bring the man back down to earth with a bang !

Gillespie is the only 200 getter who wishes every other player who gets the double. How humble from you, Jason.

Best man of club to welcome everyone

Whenever someone hits 200 for the first time , this is the twittter account to be checked, that 200 of yours as a nightwatchman is crazy

Gillespie, coming in as a night-watchman at one-down, struck his highest-ever Test score with a brilliant 201 not out against Bangladesh at Chattogram in April 2006.

On Wednesday, former Sri Lanka captain Mathews eclipsed his previous Test best of 160 and finished 200 not out after a marathon knock spanning 468 balls, as Sri Lanka declared their first innings on 515 for nine.

The 32-year-old Mathews brought up his 10th Test century, his first since December 2018, in the morning session and steadily added to his total with considerable support from Dhananjaya de Silva and Niroshan Dickwella.

Sri Lanka went on to thrash Zimbabwe by 10 wickets in the first Test at Harare with Suranga Lakmal starring with the ball in hand.

Angelo Mathews Jason Gillespie Cricket
Get the latest updates on ICC T20 Worldcup 2022, check out the Schedule and Live Score. Like us on Facebook or follow us on Twitter for more sports updates. You can also download the NDTV Cricket app for Android or iOS.