National chairman of selectors MSK Prasad on Tuesday hit back at his detractors for constantly demeaning his panel owing to its modest international record. 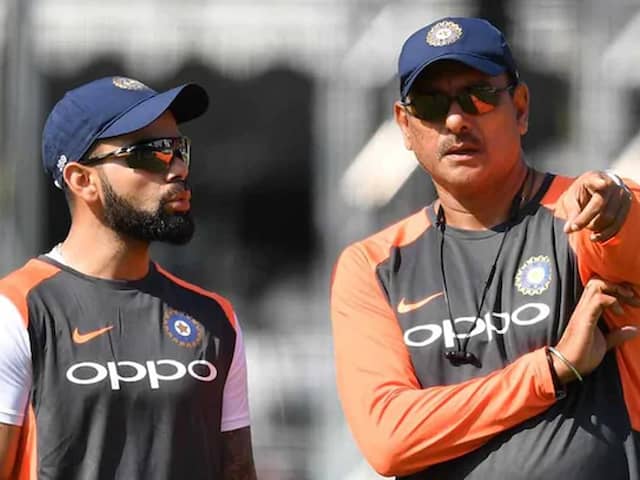 National chairman of selectors MSK Prasad on Tuesday said that he doesn't believe "you know more when you have played more", hitting back at his detractors for constantly demeaning his panel owing to its modest international record. In an exclusive interview with PTI, the chairman of the selection committee spoke on a variety of issues ranging from the jibes on his stature (his Test record is six matches), allegations that the Indian team management bullies him, lack of vision and the "lame duck" jibe by none other than the legendary Sunil Gavaskar. The five-member panel has a combined experience of 13 Test matches.

Following are the excerpts from a two-part interview:

Q- A lot has been said about the stature and experience of this selection committee. Does it hurt you?
A- Let me tell you that all the selection committee members have played for Indian team in different formats which is the basic criterion to be in selection committee at the time of our appointments. Apart from international cricket together, we have played 477 first class games. Together we have watched more than 200 first-class matches during our tenure. Don't you think our experience as players and as selectors after watching those number of games are good enough to pick the right talent?

Q- This combined 13 Test statistic that's often brought up to hit you people...
A- If one is talking about stature and international experience, Ed Smith, who is the current chairman for Engand and Wales Cricket Board has played only one Test. Trevor Hohns, who is the chairman of Cricket Australia's selection committee for over a decade and half with a couple of years break in between, has played only seven Tests. And Oh yes, Mark Waugh, who played 128 Test matches and 244 ODIs, worked under Trevor. Legendary Australian player and captain Greg Chappell, who played 87 Test matches and 74 ODIs for his country, is also working under Trevor now. When stature and international experience doesn't come into picture in those countries, how will it come in the way in our country? The point that I am driving here is that every job has its own demands. If vast International experience is the question then our beloved late Sri Raj Singh Dungarpur wouldn't have been the chairman of the senior selection committee as he never played international cricket. Maybe a diamond called Sachin Tendulkar wouldn't have been unearthed at only 16 years. If International experience is the case, then many ex-cricketers, who have played lot of first-class matches can never ever dream to become India selectors. How far is it right and justifiable to comment on stature and international experience of the selection committee when the job actually demands a different expertise to spot talent?

Q- Do you get angry at times that comments like "lame duck" is thrown at you?
A- It is very unfortunate. We have utmost respect for the legendary cricketers. Every opinion expressed by them is taken in right earnest. They have their viewpoints which is well-received. In fact, more than getting hurt by this kind of comments, it only makes this selection committee stronger, committed and united.

Q- When the committee has differed with coach Ravi Shastri and skipper Virat Kohli on decisions, how have things ended? Did they (Kohli and Shastri) ever try to bully the panel?
A- Ravi Shastri and Virat Kohli are the coach and captain of our senior team and Rahul Dravid looks after India A team. They have their roles and responsibilities cut out. We as selection committee have our roles and responsibilities. Working in tandem and in solidarity with Ravi, Virat and Rahul cannot be taken as being bullied. There were several occasions we had difference of opinions which we may not bring into the public domain. What happens within the four walls has to remain there. At the end of the day, we move on in the larger interest of the Indian team and the country. It is a common misconception that people think players who have played more cricket have more knowledge or more power and can bully anybody but it is not the fact. If that is the case then the entire coaching unit, selection committee and all other relevant fields should be filled with only those people who have had vast international careers as players. I don't think this is right.

Q- How do you rate this selection committee's performance over the last three years?
A- Our committee has travelled across the length and breadth of the country to identify fresh talent from domestic cricket and groomed the selected bunch through a systematic process and inducted the deserving players into the India A and further into the senior Indian teams.

d) We have groomed around 35 new players and inducted them into the senior Indian teams across 3 formats and we have developed sufficient bench strengths in all departments of the game. We are more than happy to pass on the baton to the next committee with pride of preparing an excellent succession chart.

Virat Kohli BCCI Mannava Sri Kanth Prasad Cricket
Get the latest Cricket news, check out the India cricket schedule, Cricket live score . Like us on Facebook or follow us on Twitter for more sports updates. You can also download the NDTV Cricket app for Android or iOS.