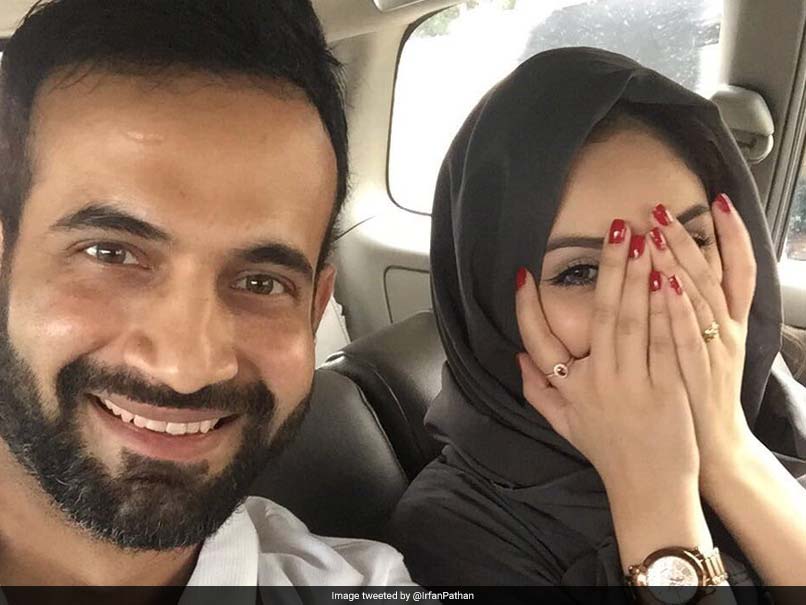 Indian cricketer Irfan Pathan was brutally trolled on social networking sites for supposedly having defied the rules and traditions of Islam after he posted a photo with wife Safa Baig. The Baroda all-rounder shared the photo on Instagram and Facebook with the caption, "This girl is trouble #love #wifey". Pathan, who is one of the most popular Indian cricketers, was criticized for his wife's dress sense and nail polish.

Jagga Jasos: WTF. Tell her cover her arms. Being a muslim and being a Pathan its your duty to do so

Kaashif Raza Khan: Hiding face is not Farz...But hiding arms is farz Irfan bhai... She'is hiding her face its good, may Allah bless her... But tell her to hide her arms too

Irfan married Safa, model from Jeddah, in a low-key affair in February last year and hosted the wedding ceremony in Mecca. Irfan has found it hard to make a comeback into the Indian cricket team since his last outing on October 2, 2012 in a T20I. Irfan has played 29 Tests, 120 ODIs and T20Is for Team India.

Comments
Topics mentioned in this article
India Cricket Team Cricket Irfan Pathan
Get the latest updates on ICC Women's Cricket World Cup 2022 and IPL 2022, check out the Schedule , Live Score and IPL Points Table. Like us on Facebook or follow us on Twitter for more sports updates. You can also download the NDTV Cricket app for Android or iOS.