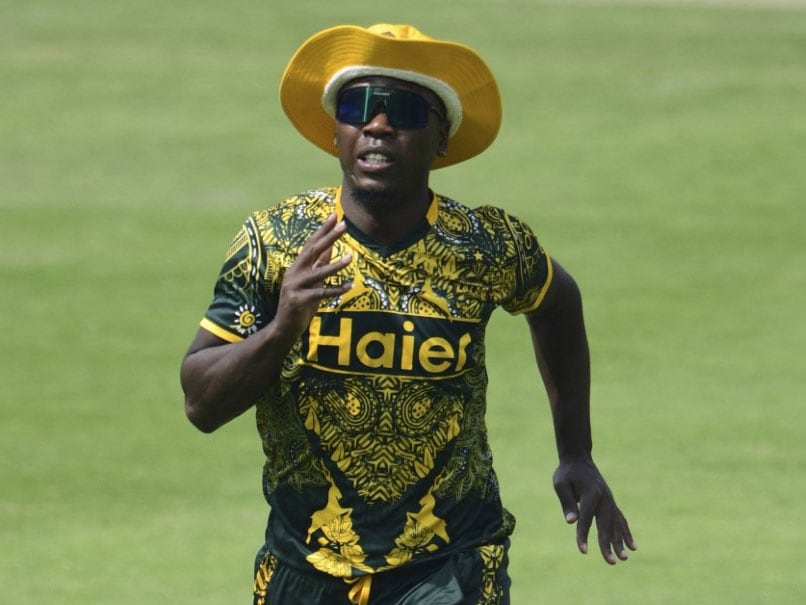 Sunrisers Hyderabad (SRH) have added West Indies batsman Sherfane Rutherford to their squad following the withdrawal England's Jonny Bairstow ahead of the resumption of the Indian Premier League (IPL) 2021 season. The franchise took to Twitter to make the announcement on Saturday. "The explosive Caribbean is now a #Riser!" SRH wrote on Twitter. "Sherfane Rutherford will replace Jonny Bairstow in our squad for the second phase of #IPL2021," the franchise added. SRH didn't provide any detail on the withdrawal of Bairstow.

The explosive Caribbean is now a #Riser!

Sherfane Rutherford will replace Jonny Bairstow in our squad for the second phase of #IPL2021 #OrangeArmy #OrangeOrNothing pic.twitter.com/ypqqAl1Zyk

The 23-year-old Rutherford, a left-handed batsman, was part of the Mumbai Indians side in IPL 2020. He has played six T20 international matches for the West Indies.

The southpaw has been enjoying an impressive campaign in the ongoing 2021 Caribbean Premier League (CPL), where he is playing for St Kitts and Nevis Patriots.

Rutherford has amassed 201 runs in 7 matches, at an impressive average of 40.2 and a strike rate of 136.7, according to an infographic shared by SRH on Twitter.

He has hit three fifties during the course of the season and has a highest score of 58 not out so far. He has scored 15 or more runs in six of his innings.

The IPL season will resume in the UAE on September 19, with Chennai Super Kings taking on Mumbai Indians.

SRH will play their first game of the UAE leg on September 22 when they take on Delhi Capitals. The franchise from Hyderabad had a horrendous start to the campaign earlier this year as they lost six of their seven games.

With the second half of the campaign left, they will look to keep alive their playoff hopes with a few wins on the trot.

Jonny Bairstow Sherfane Rutherford
Get the latest updates on IPL Auction 2023 and check out  IPL 2023 and Live Cricket Score. Like us on Facebook or follow us on Twitter for more sports updates. You can also download the NDTV Cricket app for Android or iOS.