IPL 2021: Mumbai Indians One Win Away From Big Landmark Against Chennai Super Kings

Mumbai hold the record for being the team with most wins against a particular opponent in the history of the league. 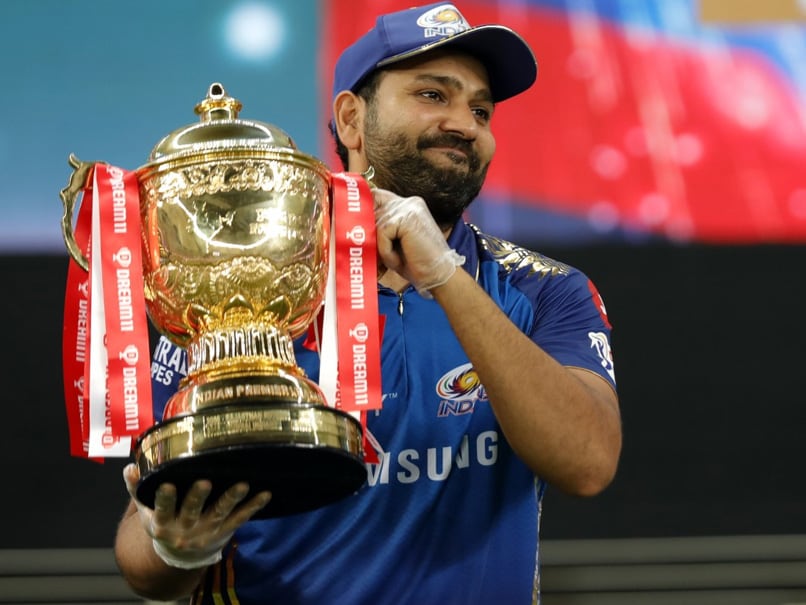 Mumbai Indians take on Chennai Super Kings in a crunch clash at Dubai on Sunday to mark the resumption of IPL 2021, which was postponed indefinitely in May due to the devastating second wave of Covid-19 pandemic in India. CSK are placed second in the points table with 10 points while MI are in the fourth spot with 8 points from their seven matches.

It is an important match for Rohit Sharma and his team as they look to launch yet another campaign to complete a hat-trick of titles, and add to their kitty of five IPL titles overall. MI won the last season in UAE with a string of dominating performances to break their jinx of not winning the trophy in consecutive years.

The fact that Mumbai Indians is the most successful team in the tournament is not just established by the fact that they have won the most titles, but also due to their impressive head-to-head record against most teams. Mumbai hold the record for being the team with most wins against a particular opponent in the history of the league. MI have beaten KKR 22 times in 28 matches. 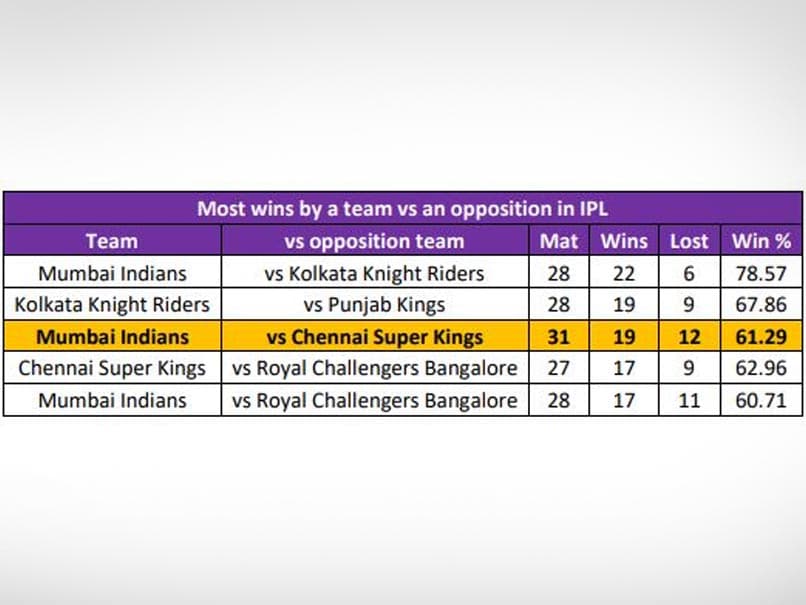 Rohit Sharma's side now has the chance to add another landmark in this list. If they beat CSK on Sunday, then it will be their 20th win against MS Dhoni's side. This would lead to Mumbai occupying the top two slots in the list of teams with most wins against a particular opponent. This will also make MI the only team in IPL history to have won 20 or more matches against two opponents.

CSK have beaten MI 12 times and they would like to improve their record by denying MI a win on Sunday.

MS Dhoni IPL 2021 Cricket
Get the latest updates on India vs Australia and check out  Schedule, Results and Live Score. Like us on Facebook or follow us on Twitter for more sports updates. You can also download the NDTV Cricket app for Android or iOS.