"I've made it clear to the boys that we are not going to over-train in the first three weeks," said Ricky Ponting, Delhi Capitals head coach. 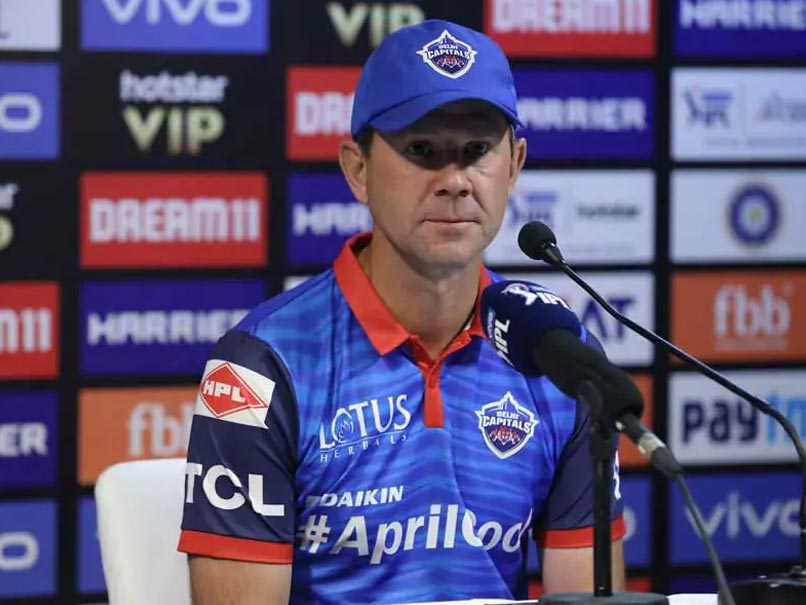 Delhi Capitals head coach Ricky Ponting has said that he would ensure that the side does not over-train within the first three weeks prior to the Indian Premier League (IPL). The IPL is slated to be played in the UAE across three venues -- Dubai, Abu Dhabi, and Sharjah from September 19 to November 10. All franchises have begun their training in the UAE except Chennai Super Kings (CSK). "We've got a smaller squad so I want to sort of manage our training sessions differently than we did last year," Ponting said in an official release issued by Delhi Capitals.

"I've made it clear to the boys that we are not going to over-train in the first three weeks. I believe our preparation leading up to the first game is critical. I want to make sure that physically, technically, and tactically the boys are peaking for the first game.

"It is an unusual time we have got, having three weeks, I think we had slotted in about 20 training sessions before our first game, which in my opinion are too many, so we are just going to see how the boys are shaping up after every training session and then take it from there," added the 45-year-old.

Delhi Capitals would be led by Shreyas Iyer and the franchise has new additions like Ajinkya Rahane, Ravichandran Ashwin, Marcus Stoinis who will bolster their line-up this year.

The side is yet to win the coveted IPL trophy, but the team made it to the playoffs stage last year. "Last year, I had as much fun as I've ever had with a cricket team, and I want to make sure we can replicate that this season as well," Ponting said.

"I think it's really important that when you have success, you understand why you have it. I'll be banking on the guys we still have from last year, it's important for them to remember the positives.

"If they can impose that on the younger and new guys in the team, before you know it, you're going to have this really infectious attitude around the team again which is what I''m all about as a coach," he added.

Commenting on the addition of Rahane and Ashwin, Ponting said: "Both of them are class players, and have been long-term Indian players. Ashwin has been one of the most successful spinners in IPL history, and Rahane has led Rajasthan for a long time as well."

"They have all sorts of skill, class and experience which they'll add to our squad. We all know how important experience is in T20 cricket, and we understand that. We've got a young captain in Shreyas, but to have those older, more experienced minds on the ground will help us a lot," he added.

Ravichandran Ashwin Shreyas Iyer Cricket
Get the latest updates on ICC T20 Worldcup 2022, check out the Schedule and Live Score. Like us on Facebook or follow us on Twitter for more sports updates. You can also download the NDTV Cricket app for Android or iOS.