Virat Kohli, Shikhar Dhawan and Hardik Pandya seemed to be in a relax mood ahead of the 3rd and final T20I against New Zealand in Thiruvananthapuram. 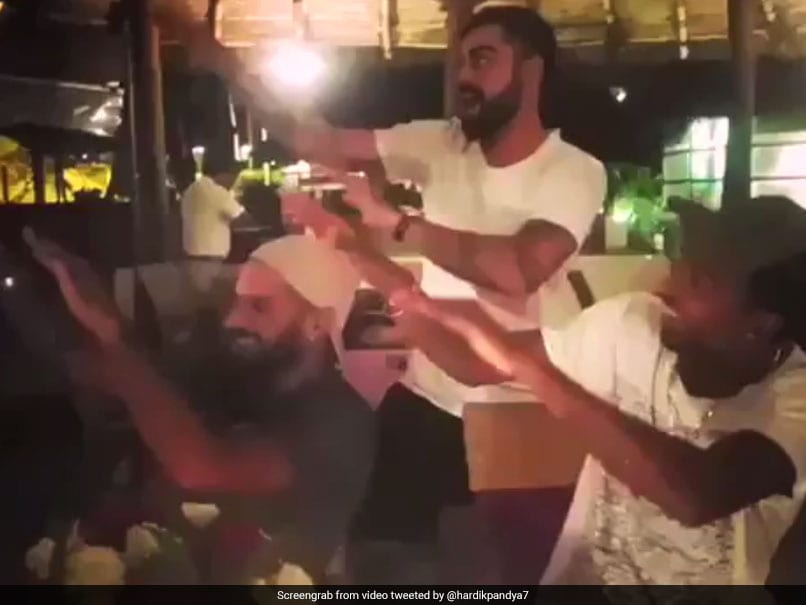 As the Indian cricket team gears up for the third and final T20I against New Zealand on Tuesday in Thiruvananthapuram, skipper Virat Kohli, Hardik Pandya and Shikhar Dhawan decided to show off some of their dance moves. Pandya posted a six-second GIF of the trio pulling off a dance move and hashtagged it 'BoyBandVibes'. All three seemed to be in a relaxed, jovial mood and that's a good sign as the Men in Blue would need to be at their best against opponents that have time and again thwarted them in the shortest format of the game.

A few hours earlier, Pandya had posted a scenic picture of him charging "up the batteries in beautiful Thiruvananthapuram".

Time to charge up the batteries in beautiful Thiruvananthapuram pic.twitter.com/gbDBZPKJSN

The Indian batsmen failed to come to the party in Rajkot. Only Virat Kohli and MS Dhoni made any real contribution with the bat. The Indian skipper will be hoping that is not the case in the decider in Thiruvananthapuram on Tuesday.

Comments
Topics mentioned in this article
India Cricket Team New Zealand Cricket Team Virat Kohli Hardik Pandya Shikhar Dhawan India vs New Zealand Cricket
Get the latest updates on IPL Auction 2023 and check out  IPL 2023 and Live Cricket Score. Like us on Facebook or follow us on Twitter for more sports updates. You can also download the NDTV Cricket app for Android or iOS.