India will take on England in the first of five-match Test series on August 1. 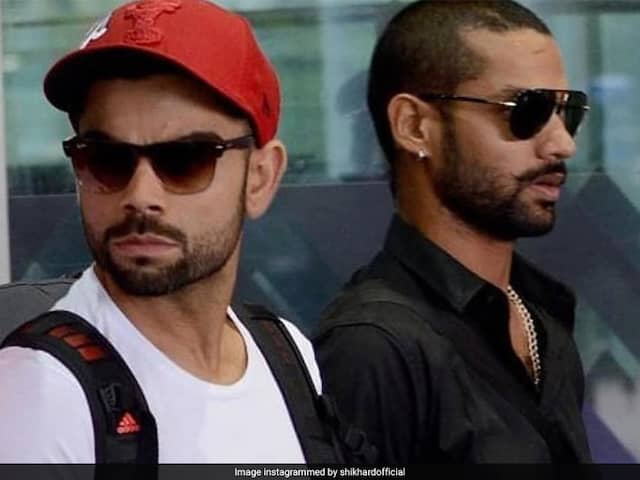 In a playful manner, top order batsman Shikhar Dhawan has named his India national team captain Virat Kohli after a cartoon character from the famous series of Tom and Jerry. Dhawan took to social media to post the picture of him along with Kohli -- who looks to be in a not so good mood with a red cap on. India, who are currently in England for the gruelling season, started their campaign with an Twenty20 Internationals (T20Is) series victory followed by a loss in the One-Day Internationals (ODIs). However, the visitors who are due to take on England in the first of five-match Test series slated to get underway from August 1, looked to be relishing their time off the field.

A day back, Dhawan was seen relishing some family time. The 32-year-old along with his spouse Ayesha Mukherjee and three kids was seen enjoying some downtime as they posed and clicked some pictures outside the Buckingham Palace in London.

The first Test will be played at Edgbaston in Birmingham while both the sides will return to London to play the second Test at the 'mecca of cricket' -- Lord's. With still a bit over a week remaining for the series to get underway, Dhawan made the best of his time with his family as he took to social media and said: "yeah, we were there #buckinghampalace ??"

While the visitors comprehensively won both T20I series, they lost the three-match ODI series. Kohli was the only star performer in India's batting line-up, finishing as the second-highest run-scorer.

Dhawan was not at his best and the middle-order continued to disappoint with the likes of Suresh Raina and MS Dhoni unable to fire.