Bangladesh's first-ever Test in India will be a prelude to the Australia's four-Test series against India beginning February 23 in Pune. 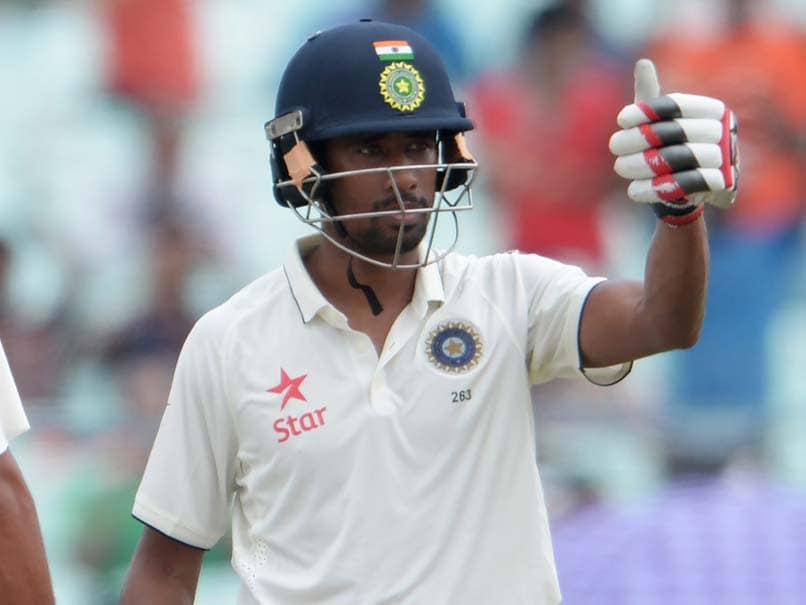 After a spirited performance byIndia against England and New Zealand, wicket keeper batsman Wriddhiman Saha on Sunday said his team will not take Bangladesh lightly in the off-Test beginning February 9 in Hyderabad. "Ranking-wise one may think they will be easier opponents on paper. But we cannot underestimate them before taking on to the field. It all depends on the situation on a given day. We have to approach the it accordingly," Wriddhiman Saha said before flying out to join the team in Hyderabad. In their last Test series, India whitewashed England 4-0 after a 3-0 victory against New Zealand but Saha said it would be about starting afresh against Bangladesh.

"Everyone wants do well on the field. You may not do what you think. It's about converting your thoughts into a good performance," he said.

Bangladesh's first-ever Test in India will be a prelude to the Australia's four-Test series against India beginning February 23 in Pune.

"I don't know when are the Aussies coming but as of now the focus is on Bangladesh Test. After they're here we will think about it," the 32-year-old said.

Fresh from a career-best 203 not out in first-class cricket for Rest of India in the Irani Trophy, Saha guided Bengal to the top of East Zone in the Twenty20 league for the Syed Mushtaq Ali Trophy.

"It's difficult to be consistent in Twenty20 format. But we have done well in all the three -- bowling, batting and fielding -- departments of the game. It's an outstanding show," he said of Bengal who won all their four East Zone league matches.

With the Test in four days' time, it's time to switch style but Saha said it would not be an issue for him. "It's all about the mindset and the right ball to choose.

"I will think after reaching there tomorrow morning. My approach remains the same," Saha signed off.

Comments
Topics mentioned in this article
India Cricket Team Wriddhiman Saha Rajiv Gandhi International Stadium, Hyderabad Cricket
Get the latest updates on Fifa Worldcup 2022 and check out  Fifa World Cup Schedule, Stats and Live Cricket Score. Like us on Facebook or follow us on Twitter for more sports updates. You can also download the NDTV Cricket app for Android or iOS.