The Bangladesh Cricket Board President expressed his frustration after senior batsman Tamim Iqbal pulled out of the tour of India. 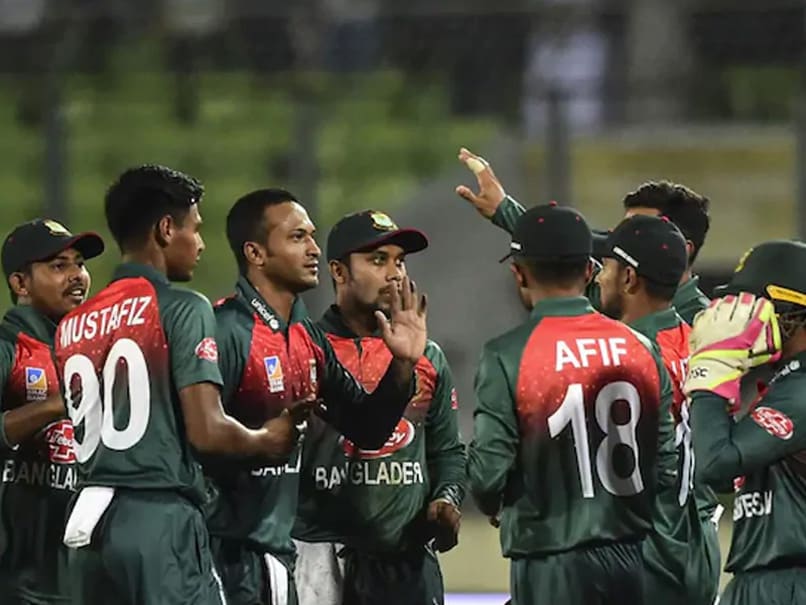 Bangladesh cricket's turmoil just doesn't seem to end. Ever since Test and T20I captain Shakib Al Hasan announced that the team is going on strike last on October 21, things have become worse for the Bangladesh players and the national cricket board. The players called off the strike late on Wednesday, but that was not the end of their troubles. There was the Bangladesh Cricket Board (BCB) President Nazmul Hassan's outburst at Mehidy Hasan during a team meeting, before a top official said the BCB would sue Shakib. And then, senior batsman Tamim Iqbal pulled out of the team's tour of India.

In the latest development in the saga, Nazmul Hassan has said that there is a conspiracy to sabotage the four-week long tour of India.

"You people (media) haven't yet seen anything about the India tour. Just wait and watch. If I am saying that I had specific information that this was a conspiracy to sabotage India tour, then you should believe me," he was quoted as saying to Bangladesh daily "Prothom Aalo" by news agency PTI.

It was Tamim Iqbal's decision to pull out of the India tour that tipped him off to the alleged conspiracy, he said.

"Tamim had initially told me that he will only skip the second Test (in Kolkata from November 22-26) for the birth of his second child. However after the meeting with players, Tamim comes to my room and says he wants to opt out of whole tour. I asked him 'why so?' But he simply said he won't go," Hassan explained.

"Now after this, I won't be surprised if I find that someone else pulls out at the eleventh hour when we would be left with no other options. I have called Shakib to have a chat. Now if he also pulls out, where do I even find a captain? I might have to change whole combination. What do I even do with these players," he said.

"I still can't believe it. I speak to them every day. They didn't even intimate me before calling a strike. I feel that it was a mistake on my part to have agreed to their demands. I should have never done that," Hassan lamented.

"I should have told the players, 'Unless you call off strike, we will not sit with you guys across the negotiation table.' Speaking to various member boards, I felt that this should have been our approach but the media also created pressure on us," the BCB President added.

Bangladesh are scheduled to play three T20Is and two Tests against India, with the first T20I scheduled to be played on November 3 in Delhi.

Tamim Iqbal Cricket
Get the latest updates on Fifa Worldcup 2022 and check out  Fifa World Cup Schedule, Stats and Live Cricket Score. Like us on Facebook or follow us on Twitter for more sports updates. You can also download the NDTV Cricket app for Android or iOS.