Bangladesh cricket team joined a training camp for next month's tour of India on Friday. 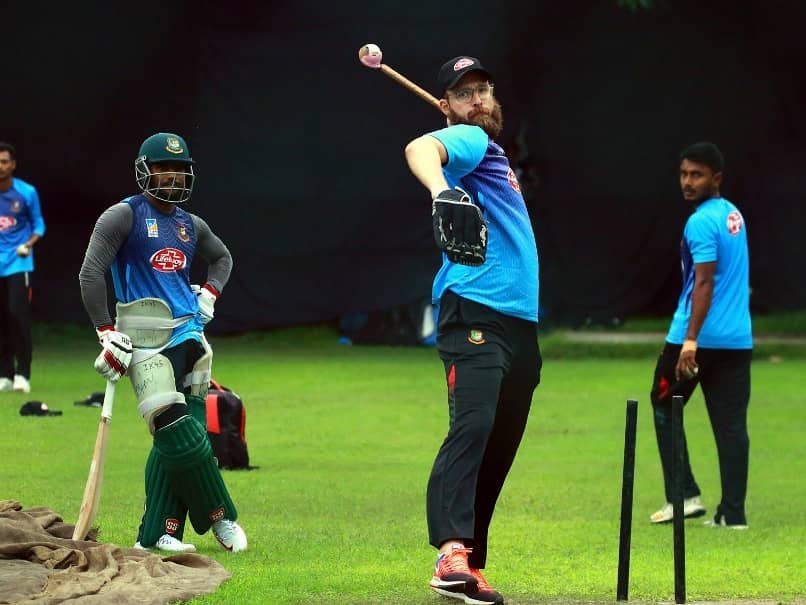 Members of the Bangladesh cricket team joined a training camp for next month's tour of India on Friday, formally ending their strike for better pay and benefits. The players called off their strike late on Wednesday as the Bangladesh Cricket Board accepted most of their demands, including a 50 percent pay hike for first-class players, expansion of national pay contracts and a share in BCB's revenue. Announced by national Test and Twenty20 captain Shakib Al Hasan, the strike had cast doubt on Bangladesh's tour of India featuring three Twenty20 internationals and two Tests.

Shakib had to skip the opening training session due to illness but other players joined the session, attended by South African head coach Russell Domingo.

Vettori, the Black Caps' record wicket-taker who retired in 2015, will work for 100 days leading up to next year's World Twenty20 in Australia.

The arrival of the new spin coach was eagerly welcomed by Arafat Sunny, who was recalled for the India Twenty20s after three years in the wilderness.

"As a left-arm spinner, I always followed his bowling. He is a great left-arm spinner. He is my coach now. Today is his first day, so let's see, we have more practice sessions coming," said Sunny.

Sunny has not played for Bangladesh since he was suspended during the 2016 ICC World Twenty20 for an illegal bowling action. He also spent two months in jail after posting intimate photos of his girlfriend on social media.

"He was an international player and also did coaching in IPL. So maybe if I talk with him and get some advice on how I can improve, it will be better for me," Sunny said.

Bangladesh will start their India tour with the first Twenty20 international in Delhi on November 3.

The team are expected to depart on October 30.

Shakib Al Hasan Cricket
Get the latest updates on India vs Australia Series, check out the India vs Australia Schedule for 2020-21 and Ind vs Aus live score . Like us on Facebook or follow us on Twitter for more sports updates. You can also download the NDTV Cricket app for Android or iOS.