Ricky Ponting said he actually wanted to become a selector during his time as the Australian skipper. 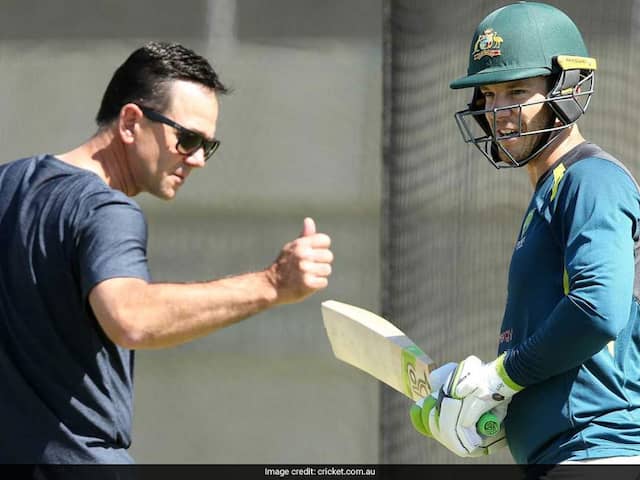 Tim Paine, the Australian Test skipper, has his say in picking up the squad ahead of any series. But former Australian skipper Ricky Ponting wants the current national team skipper to play a bigger role. The 44-year-old Ponting, who led his national team to clinch the World Cup twice, said during his time as a captain he was desperate to become a selector. Stressing on why he wanted to become a selector during his time as captain, Ponting said it was because he wanted to make communication clearer with his players.

"I said when I was playing, as captain I was desperate to be an actual selector," Ponting told cricket.com.au.

"More (for) communication reasons than anything else, it wasn't because I didn't always get the team I wanted.

"To be accountable and to be able to communicate well among your players, I thought it was vital that the captain could pass on his views to the players directly.

"I don't know if that's happening now or not.

"I'd like to see the captain become a selector," Ponting who averages over 51 in Test cricket added.

Paine, on the other hand, recently led the national team to a 1-2 defeat against India in the Test series. He has featured only 19 times for Australia in the longest format of the game, scoring 939 runs at an average of 34.77.

Australia Cricket Team Tim Paine Ricky Ponting Cricket
Get the latest Cricket news, check out the India cricket schedule, Cricket live score . Like us on Facebook or follow us on Twitter for more sports updates. You can also download the NDTV Cricket app for Android or iOS.