India Women Beat England By One Wicket In The First ODI

Mithali Raj is just three ODIs short of Edwards to become number one in most matches as captain. 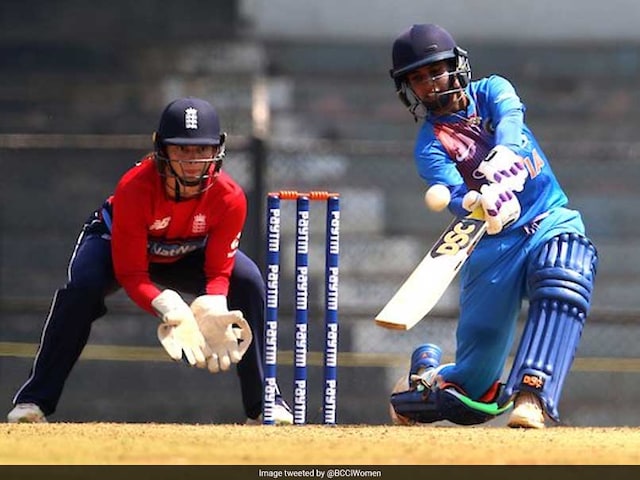 A combined effort helped India women edge past England by one wicket in the first One-Day International match at the Vidarbha Cricket Association Stadium in Nagpur on Friday. First, the bowlers did a fantastic job to restrict England at 207 in 49.3 overs and then batswomen stood up to the occasion and chased down the total in 49.1 overs. In this match, India captain Mithali Raj etched her name in record books again as she became the most capped player in women's One-Day International cricket. Mithali surpassed England's Charlotte Edwards, who retired in September 2017 with 191 ODIs under her belt.

Mithali's team-mate and veteran pacer Jhulan Goswami is third on the list with 167* ODIs.

Mithali is also just three ODIs short of Edwards to become number one in most matches as captain. The 35-year-old has played 115 ODIs as India captain, while Edwards played 117 matches.

She was tied at 191 matches with Charlotte Edwards, the former England captain, prior to the start of the match.

Coming back to the match, Poonam Yadav, Ekta Bisht and Deepti Sharma bowled handsome lines and chipped in crucial wickets at the regular intervals to restrict England to a low total.

Comments
Topics mentioned in this article
India Women Mithali Raj Smriti Mandhana England Women Cricket
Get the latest Cricket news, check out the India cricket schedule, Cricket live score . Like us on Facebook or follow us on Twitter for more sports updates. You can also download the NDTV Cricket app for Android or iOS.