India vs Australia: Virat Kohli is always animated on the field and his reaction to Umesh Yadav getting hit for back-to-back boundaries went viral in no time. 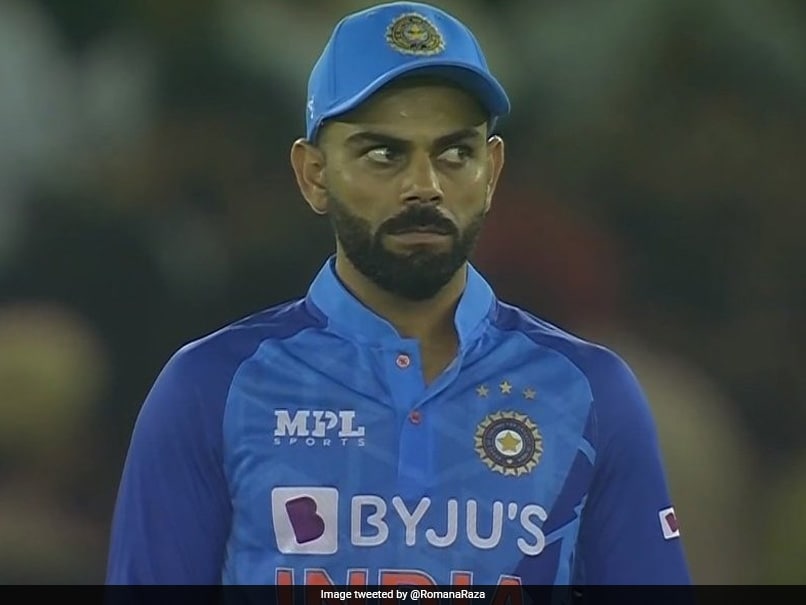 It was a night to forget for fans of the Indian cricket team as Australia chased down a 209-run target against them in Mohali on Tuesday to take a 1-0 series lead in the three-match T20I series. During Australia's innings, Umesh Yadav bowled the second over and Cameron Green got stuck into him, hitting four boundaries off his first four deliveries. As the lanky all-rounder, opening the batting for Australia, slammed the second delivery for a boundary through mid-off, the camera caught the animated Virat Kohli with a worried expression.

Kohli's reaction was meme-worthy, and even former West Indies pacer Ian Bishop saw the potential it had.

"I can see that Virat Kohli look becoming a meme," he tweeted with some laughing emojis.

I can see that Virat Kohli look becoming a meme

Well, the internet, as usual, did not disappoint, as some hilarious tweets followed.

All Indians when they see Bhuvi bowling 19th over every time. #Bhuvi #INDvsAUS #INDvAUS #ViratKohli pic.twitter.com/fxVZbhOOZH

Kohli scored just 2 off 7 with the bat before being caught at mid-on off Nathan Ellis' bowling. But KL Rahul laid the platform for India with a 35-ball 55.

Suryakumar Yadav kept the momentum going, hitting 46 off just 25 deliveries. He looked set for a big score but got an edge through to the wicketkeeper to bring his innings to an end.

However, Hardik Pandya provided the fireworks at the death, going ballistic in the final over especially, as he hit the last three deliveries for three sixes. He finished unbeaten on 71 off just 30 balls as India posted 208/6.

But it proved to not be enough as Australia started on the front foot and did not look back, despite a small period of pressure from the Indian bowlers.

While Aaron Finch displayed a hint of return to form with a 13-ball 22, it was Green who really put the bowlers to the sword as he smashed 61 off 30 deliveries before falling to Axar Patel.

Even as Green's dismissal led to a mini-collapse for Australia, Matthew Wade ensured Australia got over the line without much hassle to take the lead in the series.

Virat Kohli India vs Australia, 1st T20I Cricket
Get the latest updates on IPL Auction 2023 and check out  IPL 2023 and Live Cricket Score. Like us on Facebook or follow us on Twitter for more sports updates. You can also download the NDTV Cricket app for Android or iOS.