"I'll Give You Anything": Matthew Hayden Reveals MS Dhoni Had Asked Him Not To Use 'Mongoose Bat'

Former Australia opener Matthew Hayden recalled that MS Dhoni was not too keen on him using the 'mongoose bat'. 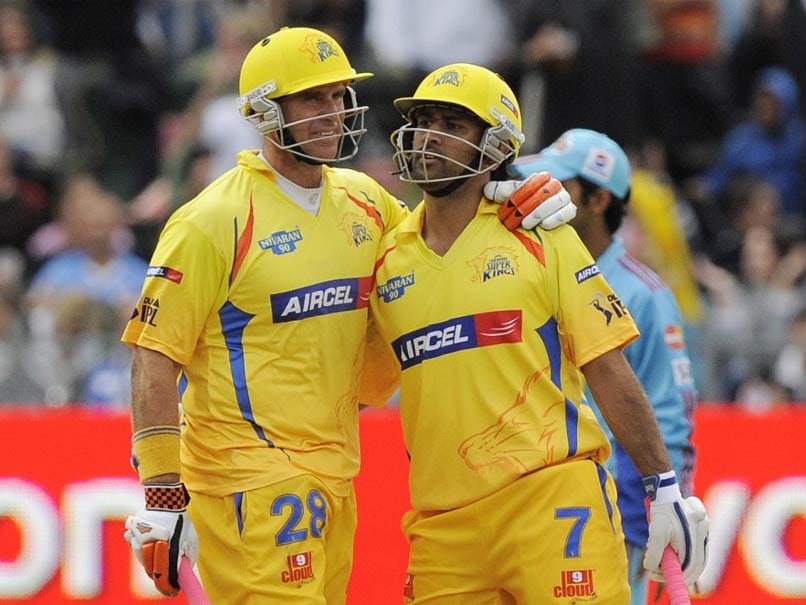 MS Dhoni and Matthew Hayden played together for Chennai Super Kings in the IPL.© AFP

The 'Mongoose bat' became a rage when Matthew Hayden used it in the Indian Premier League (IPL) while playing for Chennai Super Kings in 2010 and, though, it might not have made the impact that the Australian left-hander would have expected, it is still quite dear to him even today. In a freewheeling chat, Hayden fondly spoke about the bat and also revealed that CSK captain MS Dhoni had asked him not to use it. "I'll give you anything that you want in life, not use this bat. Please do not use this bat," Hayden recalled Dhoni telling him.

In response, Hayden had told Dhoni: "Mate, I have been using this bat for practice for about a year and a half and when it hits the middle of the bat it goes 20 metres further."

Hayden also revealed that he had done his homework in regards to using the bat in 2010.

"I used it extensively in trial. I wasn't just going to put my franchise at risk and have bad performances. I had done my homework on this product. I was ready to use it," said Hayden in the video posted on the Chennai Super Kings official Twitter handle.

The former Australian opener added that in his view cricket needs more innovation.

"For me cricket should have more products. In cricket, there's not a lot of innovation and when there is, you hear these arguments that 'oh, the bat's too big'. It is tiring to see the same product being rolled out," said Hayden.

While the 'Mongoose bat' didn't go on to become a staple for players, one knock that Hayden used it in, is still spoken about.

After Virender Sehwag's 74-run blitz had propelled the Delhi Daredevils to 185/6 in 20 overs, Hayden with the 'mongoose bat' in hand, took centrestage.

The Australian smashed 93 runs off just 43 balls, including nine fours and seven sixes while Suresh Raina chipped in with an unbeaten 49 to help CSK overhaul the target with five balls to spare.