ICC will hope to end the impasse surrounding the future of this year's T20 World Cup in Australia and sort the nomination process for its next chairman when the board members meet virtually on Wednesday. 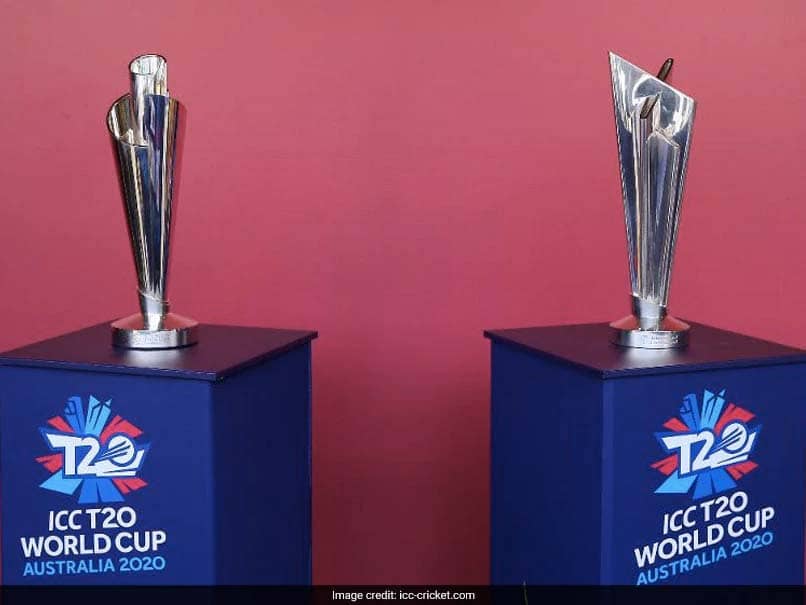 The last ICC board meet was a damp squib.© ICC

The International Cricket Council (ICC) will be hoping to end the impasse surrounding the future of this year's T20 World Cup in Australia and sort the nomination process for its next chairman when the board members meet virtually on Wednesday. The last ICC board meet was a damp squib with leaks of classified e-mails gaining precedence over the agenda. And the board members would expect some concrete decisions to end the logjam over this year's T20 World Cup Down Under, which looks increasingly improbable due to the COVID-19 pandemic. So would the BCCI agree to push their edition (2021) to 2022 if Cricket Australia requests?

"Let ICC first announce what they intend to do with this year's World T20. There has been no formal announcement with regards to this year's edition," BCCI treasurer Arun Dhumal told PTI.

"Either India hold their edition as per schedule in 2021 with Australia organising theirs in 2022 or vice versa. In any case, a decision needs to be taken considering the members will need to plan their bilateral engagements," a senior official privy to ICC board room politics said on conditions of anonymity.

The other aspect will be broadcaster, Star India, which has invested heavily in both the IPL as well as ICC events.

"Star is a stakeholder. Their opinion will also matter," the official said. There is speculation that the October-November window for the T20 World cup would be taken up by the IPL if the ICC announces a postponement or cancellation. Next chairman, Graves might have to contest.

The other important aspect will be whether ICC's outgoing chairman Shashank Manohar and the board formally announce the nomination process for his successor, which could feature multiple aspirants with an aim to set new policies.

While England and Wales Cricket Board's Colin Graves was to be a unanimous choice at least a month back and still remains the favourite, BCCI president Sourav Ganguly and PCB chairman Ehsan Mani's names doing rounds for the hot seat has made things interesting. The BCCI is, however, yet to formally decide whether Ganguly will throw his hat in the ring.

"What's the hurry? They will first announce election process and there will be a time-frame. We will decide in due course of time," Dhumal said when asked if the board has taken any decision.

What has been interesting is Mani's name coming up as a left-field candidate with one particular board member wanting the PCB top man to take up the bid.

"There are 17 votes in ICC board which includes 12 Test-playing nations, three associates, independent member (Indra Nooyi in this case) and outgoing chairman's vote. If any particular influential member controls four to five votes, the election can be decided.

"There would be multiple factors. Will Ganguly like to go for contest if there is an election? Ehsan certainly won't have the BCCI's backing in prevailing circumstances? BCCI has shared a good rapport with Graves. Let's wait and watch," the veteran official said.

The other lingering point of contention is the issue of tax exemption for the 2021 T20 World Cup scheduled in India. The BCCI is already fighting a battle as USD 23.7 million tax payable for the 2016 edition in India is currently under the purview of Disputes Resolutions Committee.

As far as the ICC is concerned, their contention is that there is a commitment from BCCI to get the tax exemption which isn't possible without the green light from the central government. The BCCI has sought time due to the countrywide lockdown in wake of COVID-19 pandemic.