ICC Announces "Dog Of The Month" Award. Here's The Special Reason Why

"Dazzle" the dog had invaded the pitch during a T20 match in Ireland, and ICC gave a special mention to the cute canine. 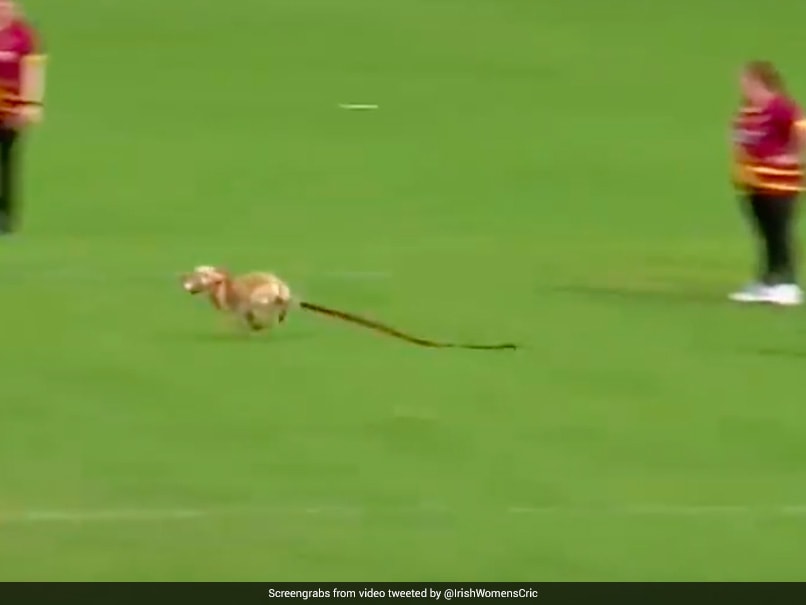 "Dazzle" ran on to the pitch and played a game of fetch during the All-Ireland Women's T20 Cup.© Twitter

"Dazzle the Dog", a small and furry pitch invader, recently hogged the limelight with its cute and hilarious antics during the All-Ireland T20 Women's Cup semi-final match between Bready and CSN. And, now, the popularity of the canine seems to have grabbed the attention of the International Cricket Council (ICC) too. On Monday, as ICC announced its player of the month winners, the cricket body named the canine as ICC Dog of the Month. ICC also bestowed the adorable dog with a couple of more honours - Player of the Moment award and Best Fielder in Ireland Cricket.

Sharing a snap of the dog on its official Twitter handle, ICC wrote, "We have an additional Player of the Month winner this time", with a dog emoji, and tagged Cricket Ireland and Ireland Women's Cricket. In the photograph, the dog, sporting a cap, is seen holding a match ball in its mouth.

We have an additional Player of the Month winner this time #POTM | @cricketireland | @IrishWomensCric pic.twitter.com/UJjAadIxdA

In another post, ICC shared the clip of the moment when the dog invaded the pitch, and wrote, "Exceptional athleticism in the field."

Exceptional athleticism in the field pic.twitter.com/N5U1szC5ZI

The incident took place in the ninth over of the second innings when the batting team needed just 27 runs off 21 balls to win the match.

The batswoman hit the ball in the third-man region and quickly started running towards the other end. A fielder threw the ball to the wicket-keeper. The keeper collected the ball and threw it at the stumps, but missed. The ball travelled to a section of the ground. Then, out of nowhere, the cute little dog ran onto the field, caught the ball and gave it to one of the women batting, as if they were playing 'fetch'. The owner of the dog was also seen running on the ground along with a couple of fielders but nobody was able to catch the canine as it ran towards the batswoman and handed her the ball.

Players of both teams were also seen chuckling while this adorable canine intervention played out.