Asia Cup: Rashid Khan said that Virat Kohli doesn't look out of form and it is just that the expectations from the batter are very high because of the standards he has set in international cricket. 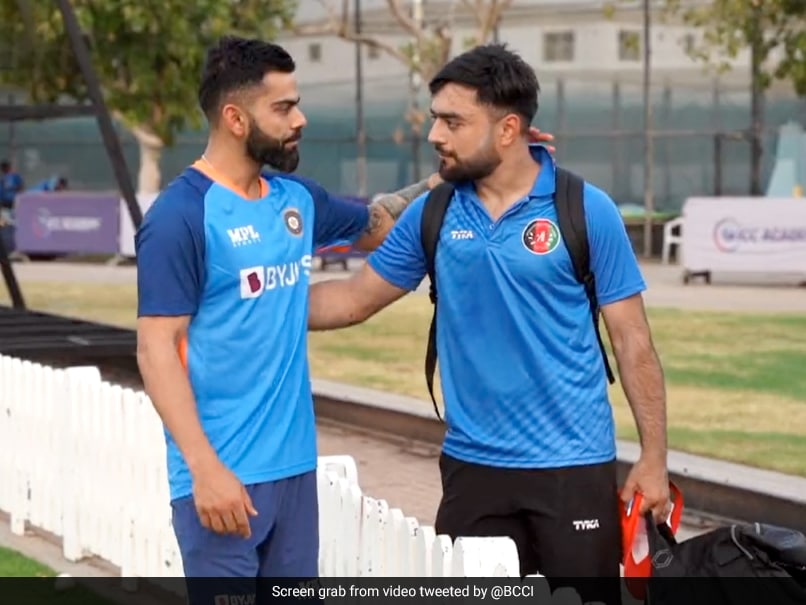 Rashid Khan is a a veteran of T20 leagues around the world and the Afghan spin wizard has spent several years playing in the IPL, where he has locked horns with some of India's best batters. He will be looking to use all that experience when Afghanistan take on India in the upcoming Asia Cup 2022. Before the start of the tournament Rashid in an interview spoke on a range of topics, including the form of Virat Kohli.

Rashid said that Kohli doesn't look out of form and it is just that the expectations from the batter are very high because of the standards he has set in international cricket.

"He plays such great shots that it doesn't seem like he is out of form. According to me he is not out of form. The expectations from him are too high. People want him to score a hundred every second game. If you look at his Test match innings, he has got through the tough time, batted well, struggled on the pitch and even scored 50 or 60 or 70. If there was any other normal batter then everyone would have said that he is in form but with Virat the expectations are such that they only want centuries," Rashid said in an interview with broadcaster Sawera Pasha.

"I spoke to him during the IPL and I don't think he feels he is out of form. The way he prepares for matches, it motivates us and even we try and put in more effort," Rashid added.

He then went on to narrate a story from an IPL practice session which left him completely amazed.

"We had a match with his team in IPL. I just watched him in the nets to see how long he bats and practices. To be honest he batted for more than two hours and I stood there amazed. Our nets got over and he was still batting.

"Sometimes it happens that you want to do something and the opposite happens. As a cricket fan I want him to succeed and play big knocks,"  the Afghan spinner said.

Virat Kohli Asia Cup, 2022 Cricket
Get the latest updates on Fifa Worldcup 2022 and check out  Fifa World Cup Schedule, Stats and Live Cricket Score. Like us on Facebook or follow us on Twitter for more sports updates. You can also download the NDTV Cricket app for Android or iOS.