Ravi Shastri never ceases to entertain and in his latest Twitter posts, he oozed swag in a flashy avatar. 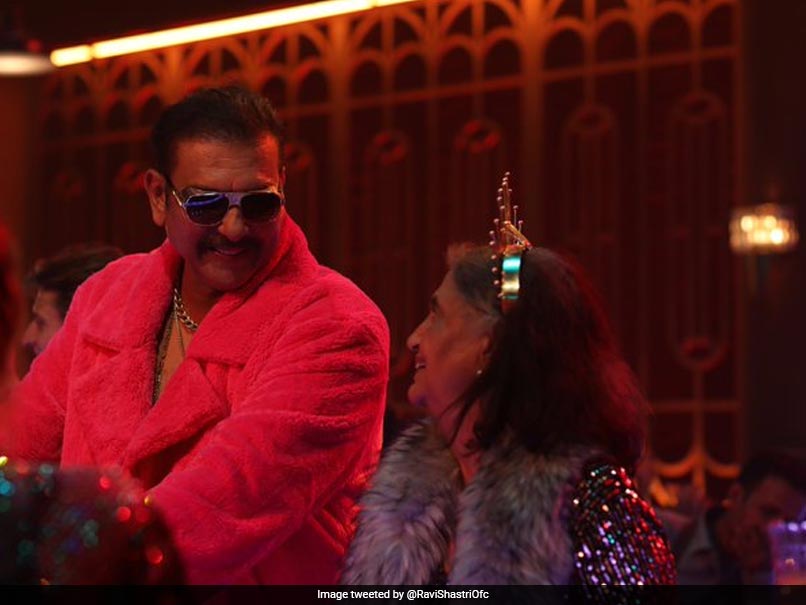 Former Team India head coach Ravi Shastri was his vibrant self on Friday as he tweeted two dapper pictures of himself in which he can be sporting a flashy jacket. The pictures were full of swag, but he did not stop there as the captions along with the pictures were just as cool. Shastri can also be seen donning flashy shades and in the first picture, he has his hands raised.

My family lives in Mumbai and I live in the moment. pic.twitter.com/22BBncYoDL

'Good mornings' are optional if you haven't slept at all. pic.twitter.com/4OhSYEg3Ln

Taking to Twitter, Shastri captioned the first picture as: "My family lives in Mumbai and I live in the moment."

In another picture, Shastri is also sporting some fiery chain and he captioned that post as: "'Good mornings' are optional if you haven't slept at all."

Shastri shared a third picture, and he captioned it: "You're in her DMs. She's on my VIP guestlist."

You're in her DMs. She's on my VIP guestlist. pic.twitter.com/eJTzoVKMz3

Shastri is currently doing broadcast duties for the ongoing Indian Premier League (IPL) 2022 season and he has been himself, giving views on the players' form and how they can get better.

Shastri's tenure as head coach came to an end after the T20 World Cup last year. In the tournament, the Men in Blue failed to reach the semi-finals stage, after suffering losses against Pakistan and New Zealand in the Super 12 stage.

However, the former India all-rounder would be known for overseeing India's two Test series win Down Under. The second one in 2020-21 came against all odds after several India players got injured and Virat Kohli had gone back home for the birth of their first child.

Under Shastri, India also managed to take a 2-1 series lead against England in a five-match Test series and the final match of that series, will be played in July this year.

India Cricket Team Ravi Shastri Cricket
Get the latest updates on ICC T20 Worldcup 2022, check out the Schedule and Live Score. Like us on Facebook or follow us on Twitter for more sports updates. You can also download the NDTV Cricket app for Android or iOS.