Hardik Pandya has been sharing some adorable pictures with his partner Natasa Stankovic on various social media platforms. 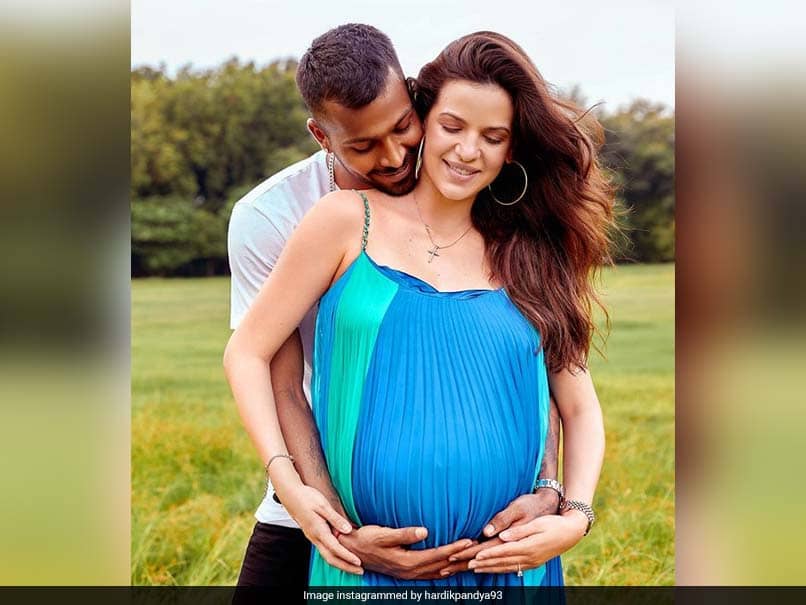 Hardik Pandya, who is expecting his first child with Natasa Stankovic, has been sharing adorable pictures with his Serbian partner on various social media platforms. On Saturday, the Indian all-rounder took to Instagram to share yet another loved-up picture with Natasa Stankovic with both of them striking a romantic pose. Sharing the picture, Hardik used a 'heart with ribbon' emoji as the caption. Like most of his previous posts, Hardik's latest picture was also a massive hit on social media, with his fans as well as Indian teammates, including KL Rahul and elder brother Krunal Pandya.

The popularity of the post can be gauged from the fact that it received close to 7 lakh likes in just an hour.

Hardik and Natasa both have been sharing several pictures from their photoshoot, and fans have been showering love on all of them.

Hardik had shared Natasa's pregnancy news with the world on May 31, by posting a series of pictures on Instagram.

On the cricketing front, Hardik will be back in action playing for the defending Indian Premier League (IPL) champions Mumbai Indians when the 13th edition of the cash-rich league starts in September.

IPL chairman Brijesh Patel told PTI that the tournament will take place from September 19 to November 8 in the United Arab Emirates (UAE).

The decision was made possible after the International Cricket Council postponed this year's T20 World Cup which was scheduled to take place in Australia due to coronavirus pandemic.

This will be the first time that the UAE will be hosting the entire season of the cash-rich league. Before this, the Gulf nation had hosted the first-leg of the 2014 IPL, due to the General Elections in India.

India Cricket Team Cricket IPL 2020
Get the latest updates on India vs Australia Series, check out the India vs Australia Schedule for 2020-21 and Ind vs Aus live score . Like us on Facebook or follow us on Twitter for more sports updates. You can also download the NDTV Cricket app for Android or iOS.