Watch: Hardik Pandya Shows Different Side Of His Batting In Training

Hardik Pandya, who has been out of action since the conclusion of the T20 World Cup 2021, posted a video of him batting in the nets. 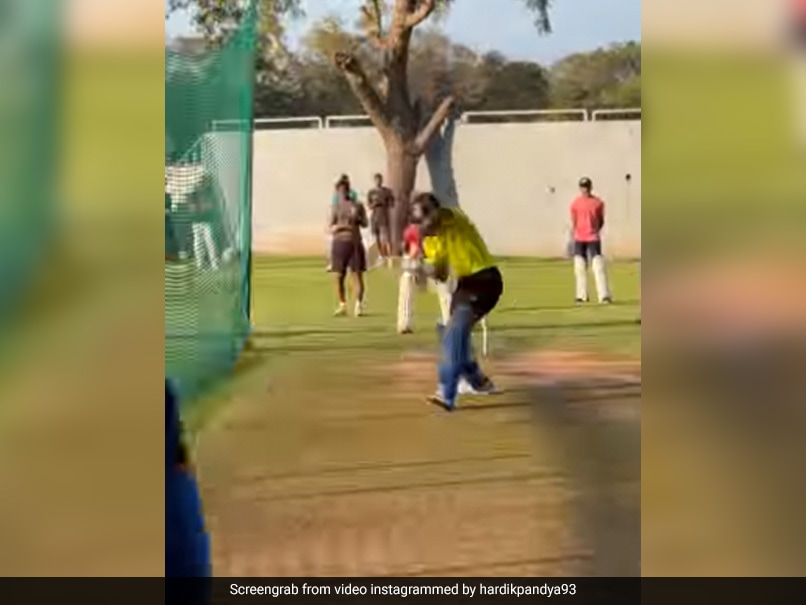 Watch: Hardik Pandya shows different side of his batting in training.© Instagram

The Indian team is currently in South Africa for a three-match Test and ODI series against the Proteas. Meanwhile, India all-rounder Hardik Pandya, who has been out of action since the conclusion of the T20 World Cup 2021, posted a video of him batting in the nets. Hardik is known as an out and out attacking batter but in the video, he showed a different side of his game as the all-rounder was playing defensive pushes and straight drives. "Step by step. Putting in the hard yards," wrote Hardik on Instagram with the video of him practicing.

Hardik has been suffering from a prolonged shoulder injury since September last year.

In December, the star all-rounder was not retained by his Indian Premier League Franchise -- Mumbai Indians (MI).

However, reports have emerged that new Ahmedabad IPL team, who will make their debut next season, are set to appoint Hardik as their captain.

"Yes, Ahmedabad franchise has received their Letter of Intent. However, they have been doing their back-room work for some time as it's a huge process. As far as we know, Hardik has been zeroed in on as the captain of the franchise," a senior IPL source told PTI on the condition of anonymity.

"Hardik with his local connect and being a proven IPL performer for Mumbai Indians for so long was an obvious choice as captain and premier player.

"The franchise has almost finalised its deal with Afghan spin sensation Rashid Khan and dashing keeper-batter Ishan Kishan as their second and third picks from the draft. As of now, that's what is finalised unless there are changes at the last moment," the source said.

Hardik Pandya Ishan Kishan Rashid Khan Cricket
Get the latest updates on ICC Women's Cricket World Cup 2022 and IPL 2022, check out the Schedule , Live Score and IPL Points Table. Like us on Facebook or follow us on Twitter for more sports updates. You can also download the NDTV Cricket app for Android or iOS.