"Good To Be Where I Belong": Hardik Pandya Marks Return To Competitive Cricket

Hardik Pandya, recovering from a back injury, returned to competitive cricket with a T20 match in Mumbai. 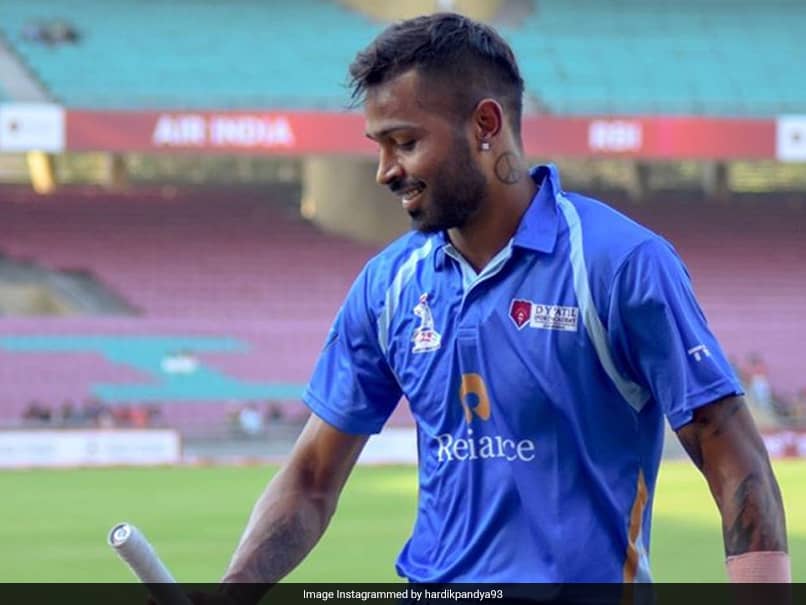 Hardik Pandya last played for India in a T20 match against South Africa in September, 2019.© Instagram

Hardik Pandya marked his return from a back injury to competitive cricket in the 16th DY Patil T20 Cup at the DY Patil Stadium, Mumbai. The 26-year-old all-rounder smashed 38 off 25 balls for Reliance 1 against Bank of Baroda, his first match after rehabilitation from a back surgery. Hardik Pandya shared the pictures of his successful return on Instagram, saying: "So good to be back out there on the field where I belong. Your support keeps me going." 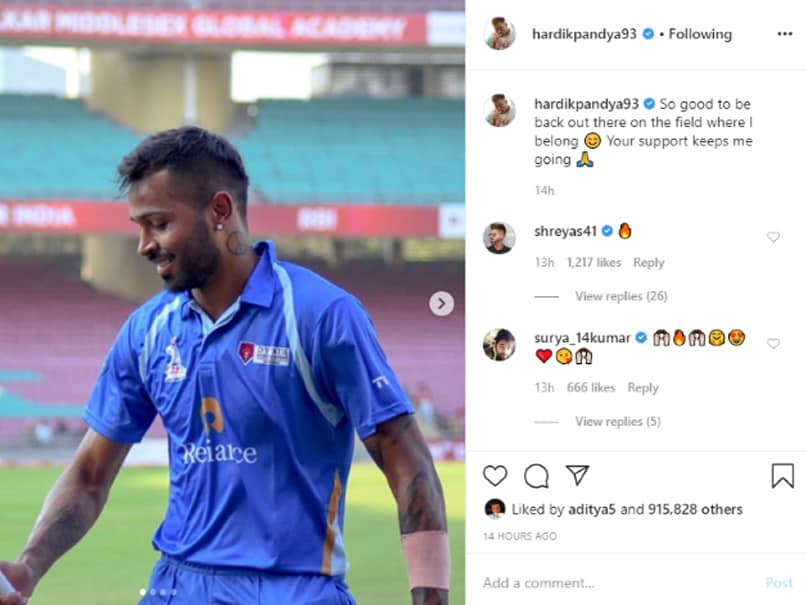 At the time of squad announcement, the Board of Control for Cricket in India (BCCI) had said that the all-rounder has travelled to London and will be under rehab at the National Cricket Academy (NCA) until he regains full match fitness.

"Team India all-rounder Hardik Pandya has been ruled out of the upcoming Test series against New Zealand," the BCCI said in a statement.

According to news agency IANS, Pandya has started bowling at the NCA in Bengaluru after returning from a check-up in UK.

Speaking to IANS, an NCA source in the know of developments said that Pandya has started working on his bowling at the academy and should be available for selection soon.

"He is back from the UK after a routine check-up and has also started bowling from this week. He should be available for selection soon. Can look at him with an eye on the South Africa series as you still have a month to go for the first ODI against the Proteas in Dharamsala," the source said.

India will host South Africa for a three-match ODI series, starting on March 12 in Dharamsala.