NZ vs IND: Hardik Pandya Out Of Test Series In New Zealand

The BCCI revealed on Saturday that Hardik Pandya will not be a part of the upcoming two-match Test series in New Zealand. 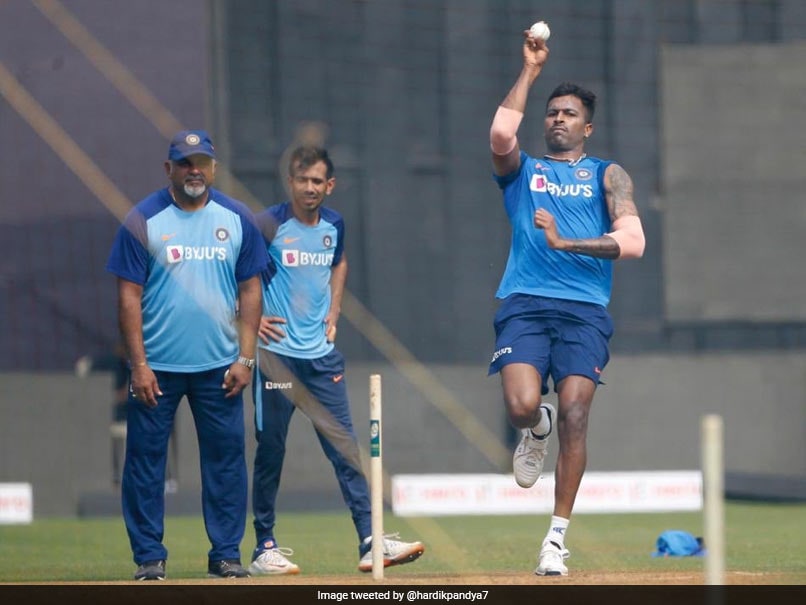 Hardik Pandya, who missed out on the limited overs fixtures against New Zealand, has been "ruled out" of the upcoming two-match Test series in New Zealand. The Board of Control for Cricket in India (BCCI) on Saturday announced that the all-rounder has travelled to London and will be under rehab at the National Cricket Academy (NCA) until he regains full match fitness. "Team India all-rounder Hardik Pandya has been ruled out of the upcoming Test series against New Zealand," the BCCI said in a statement on Saturday.

"He travelled to London and was accompanied by NCA Head Physio Ashish Kaushik for a review by spinal surgeon Dr James Allibone," the statement read.

Returning from a back surgery, Hardik Pandya last month flunked the bowling workload monitoring test, one of the mandatory requirements to be considered for selection. On January 21, a BCCI official had revealed that Hardik failed the workload test while bowling at the NCA.

"He must have felt that he will be fit. But as we know he has failed the fitness test contrary to what his trainer S Rajnikant claims. It was never about Yo-Yo Test but about bowling fitness. He failed the workload test which broadly means failing fitness test," a senior BCCI source in the know of things had told PTI.

India and New Zealand are set to play two Test matches, starting February 21. The two Test matches will be part of the ICC World Test Championship which India lead with 360 points from seven wins out of as many matches.

Hardik Pandya New Zealand vs India, 2020 Cricket
Get the latest updates on IND vs NZ 2021, check out the Schedule and Live Score . Like us on Facebook or follow us on Twitter for more sports updates. You can also download the NDTV Cricket app for Android or iOS.