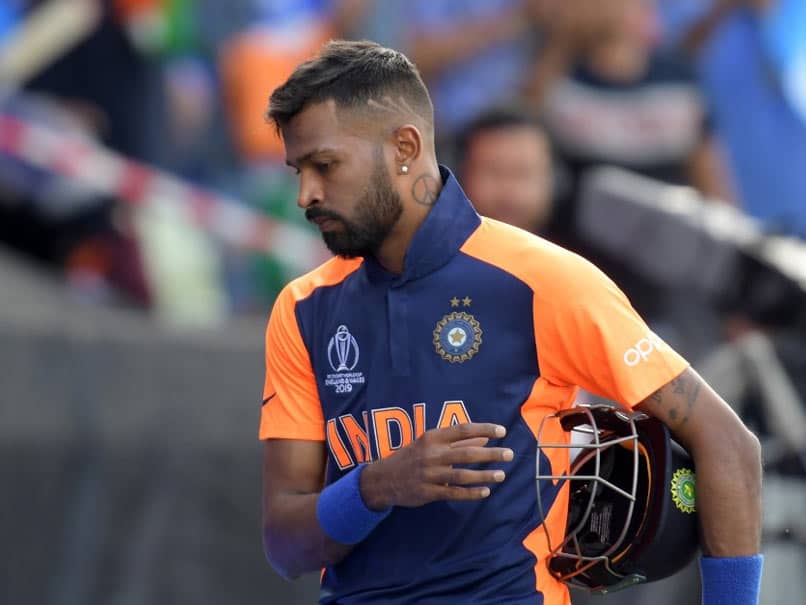 Hardik Pandya did not make the ODI or T20I squad for India's tour of New Zealand.© AFP

Flamboyant India all-rounder Hardik Pandya, who had recently failed a fitness test, has not been considered for India's tour of New Zealand. It is understood that Pandya is not ready for international cricket and will now have to play at least one domestic game for Baroda before being considered for a national comeback. India's next assignment after the New Zealand series will be three ODIs against South Africa at home in March.

Pandya recently flunked the bowling workload monitoring test, which is one of the mandatory requirements after coming back from a back surgery.

The 26-year-old Baroda cricketer had recently claimed that he would be fit for the second half of the New Zealand series but sources in the BCCI claim that it was the cricketer's individual assessment.

"He must have felt that he will be fit. But as we know he has failed the fitness test contrary to what his trainer S Rajnikant claims. It was never about Yo-Yo Test but about bowling fitness. He failed the workload test which broadly means failing fitness test," a senior BCCI source in the know of things told PTI on conditions of anonymity.