Hardik Pandya took to Instagram to share a picture onboard a plane with his son Agastya, who boarded a flight for the first time. 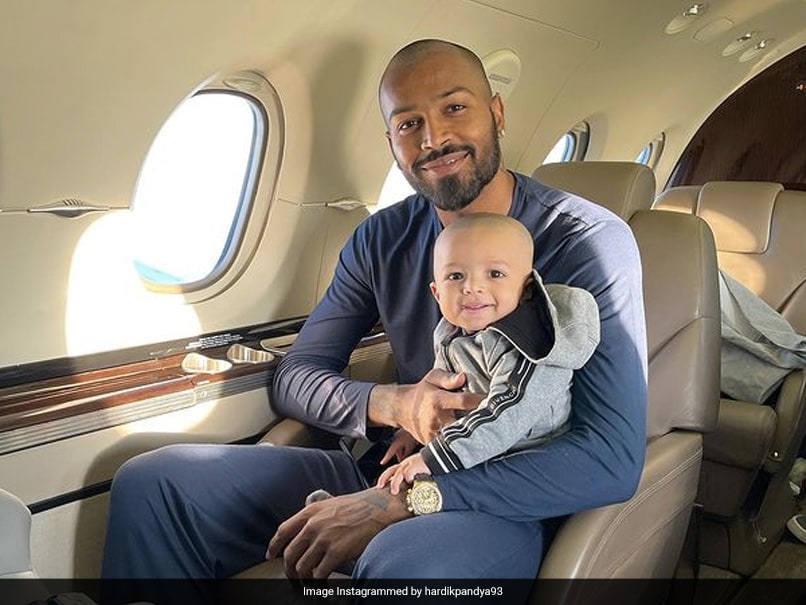 All-rounder Hardik Pandyaboarded a flight to Chennai -- the venue for first two Test against England-- as the Indian team gears up for the home series against England. Pandya, named in India's Test squad after a long time, took to Instagram to share a picture onboard a plane with his son Agastya, who boarded a flight for the first time. In the adorable picture, Hardik's son can be seen all smiles sitting in his father's lap while looking at the camera. "My boy's first flight," Hardik captioned the picture on Instagram.

The post attracted many likes and comments in no time, with Agastya's mother Natasa Stankovic posting several red heart emojis on the picture. Afghanistan leg-spinner Rashid Khan was among first to show his affection.

Hardik hasn't played a Test match for over a year, with his last appearance coming way back in 2018 against England at Southampton.

Hardik was, however, part of the limited-overs series on the Australian tour last year where he was one of the standout performers for the side in both One-day Internationals (ODIs) and Twenty20 Internationals (T20Is).

He played as a specialist batsman in the series and left his mark and finished as India's leading run-scorer in the three-match ODI series -- which Australia won 2-1.

In the following T20I series, Hardik played some crucial knocks as India clinched the series 2-1, that earned him the Player of the Series award.