Hardik Pandya took to Twitter on Saturday to pay an emotional tribute to his late father, who died on January 16. 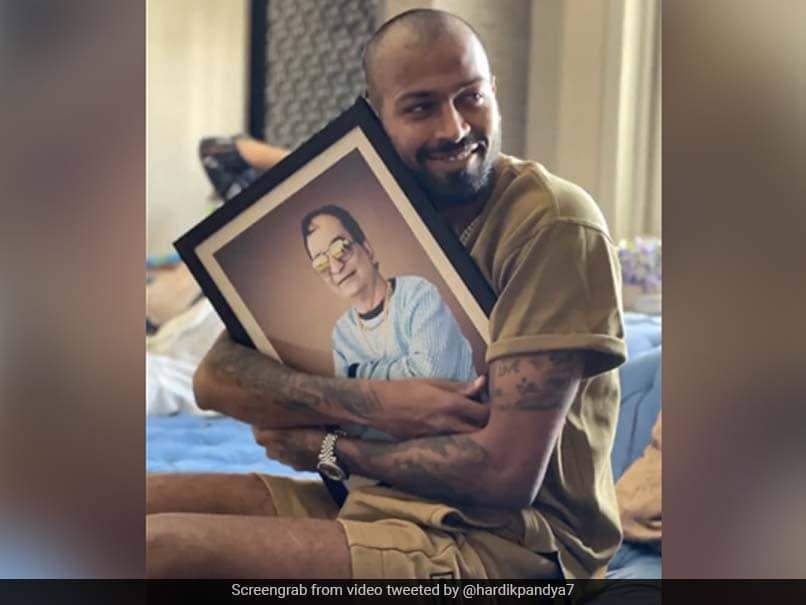 Hardik Pandya, India all-rounder, took to Twitter on Saturday to post an emotional video as the cricketer paid tribute to his late father. Hardik's father died on January 16. In the two-minute-long video, there is a snippet which shows an interaction between Hardik's father and legendary Bollywood actor Amitabh Bachchan. During their chat, Amitabh praises Hardik's father for raising a son who has made the country proud. The video also includes a montage of pictures of Hardik with his father. "To dad," the all-rounder captioned the video along with a heart emoji.

Hardik, last week, had penned an emotional note in memory of his late father.

Hardik had shared some pictures with his father and said that losing him was one of the "most difficult things" for the 27-year-old cricketer to accept in his life.

"To My Daddy and my Hero To lose you is one of the most difficult things to accept in life but you have left us so many great memories that we can only imagine you smiling," Hardik had mentioned in his Instagram post.

Hardik, who has played 11 Test matches for the country, will soon return to the field when India host England for a four-match series at home.

The all-rounder, who was rested for the Test series in Australia, was named in the 18-member squad for the first two matches against England.

Hardik has not played a Test match since September 2018. He had to undergo a back surgery and is yet to resume bowling long spells -- a factor that saw him missing out on the Test series Down Under.