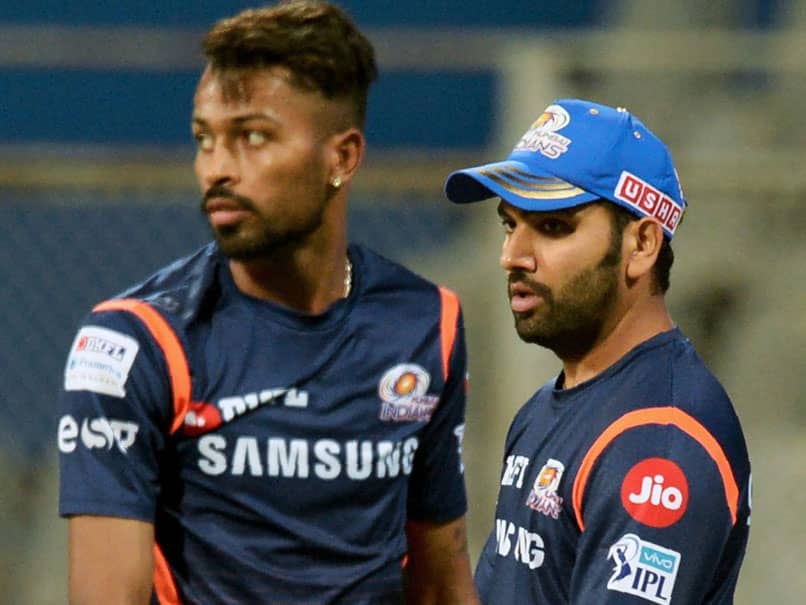 Hardik Pandya made his IPL debut under Rohit Sharma in 2015.© AFP

Hardik Pandya, who plays for the Mumbai Indians in the Indian Premier League (IPL), named West Indies opener Chris Gayle over Rohit Sharma in his side while picking his six-player "gully cricket" team. Hardik, during a chat with renowned cricket commentator Harsha Bhogle, was asked to pick six players who he thinks will fit in his "gully cricket" team. Hardik was given a list of five players as openers; Rohit Sharma, David Warner, Chris Gayle, KL Rahul and Quinton de Kock and the 26-year-old went for the West Indies batsman for the role while revealing that he was a big fan of Gayle and that is why he went with him.

Asked if he is planning to settle down in Jamaica or Trinidad after retirement, the all-rounder denied but Hardik did mention that he likes the confidence that the West Indies players bring on to the field.

Hardik's next two picks came in a flash as he named current India captain Virat Kohli and MS Dhoni in his team.

Hardik, while naming an all-rounder to complete his "gully cricket" team, picked Andre Russell over the likes of Ravindra Jadeja and Ben Stokes.

The all-rounder completed his team by picking two of his Mumbai Indians teammates; Krunal Pandya and Jasprit Bumrah.

On June 1, Hardik took to Instagram to share a series of photos with his fans, announcing the news of a new addition to their family.

"Natasa and I have had a great journey together and it is just about to get better," Hardik captioned the photos.

"Together we are excited to welcome a new life into our lives very soon. We're thrilled for this new phase of our life and seek your blessings and wishes," he added.