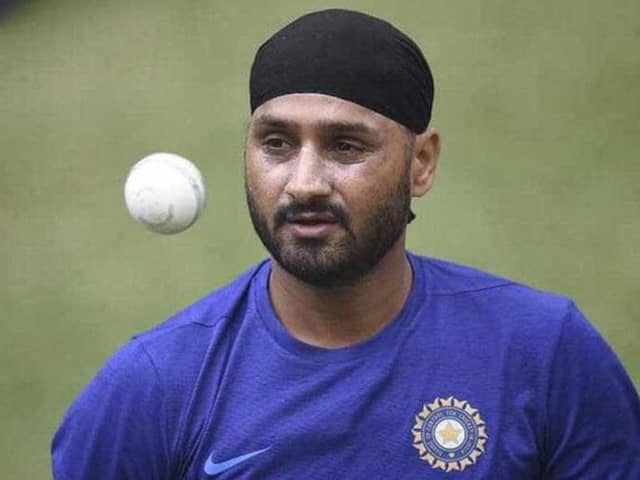 Harbhajan Singh last played for India in 2016 as he featured in a T20I game in the Asia Cup.© AFP

Ace spinner Harbhajan Singh believes that he is fit and ready to play T20I cricket for India. The off-spinner had last played for India in 2016 as he featured in a T20I game in the Asia Cup. "I am ready. If I can bowl well in IPL, which is a very difficult tournament for bowlers because the grounds are smaller, and all the top players in world cricket play in the IPL," ESPNCricinfo quoted Harbhajan as saying. "It is very challenging to bowl against them and if you can do well against them in IPL, you can do well in international cricket. I have bowled predominantly in the powerplay and middle overs and got wickets," he added.

The off-spinner is the joint third-highest wicket-taker in the IPL with an economy rate of just more than seven runs per over.

Harbhajan believes that the IPL is the most difficult competition in terms of T20 cricket and said that after performing in this tournament, he believes that he can make a comeback into the Indian side.

"In international cricket, not all teams have quality players like IPL teams, where every team has a top-six which is good. Yes, Australia, England, India have all got very good batting line-ups," Harbhajan said.

"But if I can get Johnny Bairstow and David Warner in IPL, don't you think I can get them in international cricket? But it is not in my hands. No one comes and talks to you in this present Indian set-up," he added.

Harbhajan played for Mumbai for ten seasons, and then after that, he was picked up by CSK for his base price of INR 2 crore.

Comments
Topics mentioned in this article
Harbhajan Singh Cricket
Get the latest updates on IPL 2020, check out the IPL Schedule for 2020 and Indian Premier League (IPL) Cricket live score . Like us on Facebook or follow us on Twitter for more sports updates. You can also download the NDTV Cricket app for Android or iOS.