Harbhajan Singh's wife Geeta Basra announced her pregnancy on social media, revealing that she is expecting her second child in July 2021. 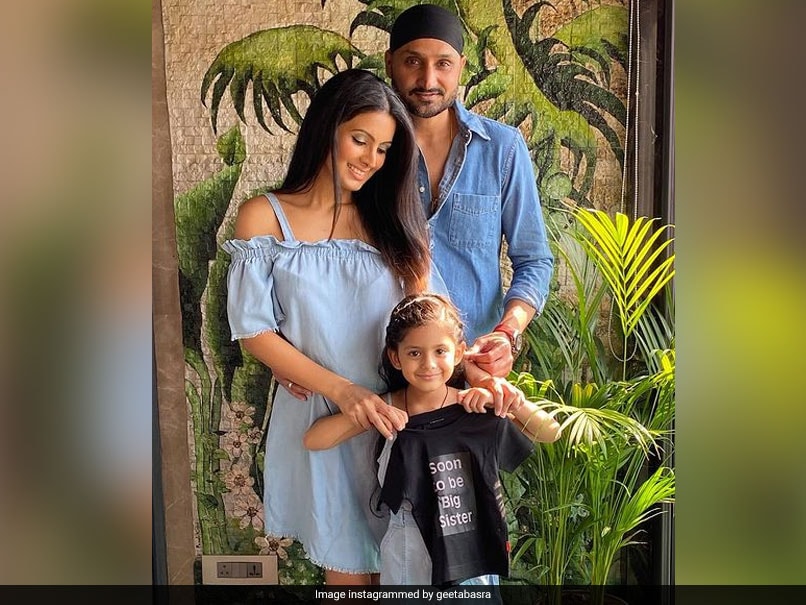 Cricketer Harbhajan Singh and his wife Geeta Basra are set to welcome their second child in July 2021, with the actress announcing the news on Instagram. The news was met with congratulatory messages pouring in from everywhere. Former India cricketer and Harbhajan's ex-teammate Suresh Raina and his wife gave their best wishes. Also, Bollywood actress Neha Dhupia congratulated them. The couple got married in 2015, and have a daughter. Taking to Instagram, Geeta posted a family photograph with the spinner and their daughter Hinaya Heer Plaha. Hinaya can be seen holding a T-shirt, which said, "Soon to be a big sister".

Harbhajan recently began the final schedule for his upcoming Tamil movie 'Friendship'. He also took to social media to share a few photos from the movie set for his fans.

The spinner had pulled out of the Indian Premier League (IPL) last year, and also ended his contract with Chennai Super Kings (CSK). For IPL 2021, he was bought by Kolkata Knight Riders (KKR) during the auction for Rs 2 crore.

Harbhajan has played in 160 IPL matches, registered 150 wickets to his name.

India Cricket Team Harbhajan Singh Cricket
Get the latest updates on SA vs IND 2021-22, check out the Schedule and Live Score . Like us on Facebook or follow us on Twitter for more sports updates. You can also download the NDTV Cricket app for Android or iOS.