Haircuts To Horses: India Cricketers Make Most Of Coronavirus Lockdown

At a time when the IPL would normally be in full swing, India's cricketing stars seem to be making the most of their enforced break. 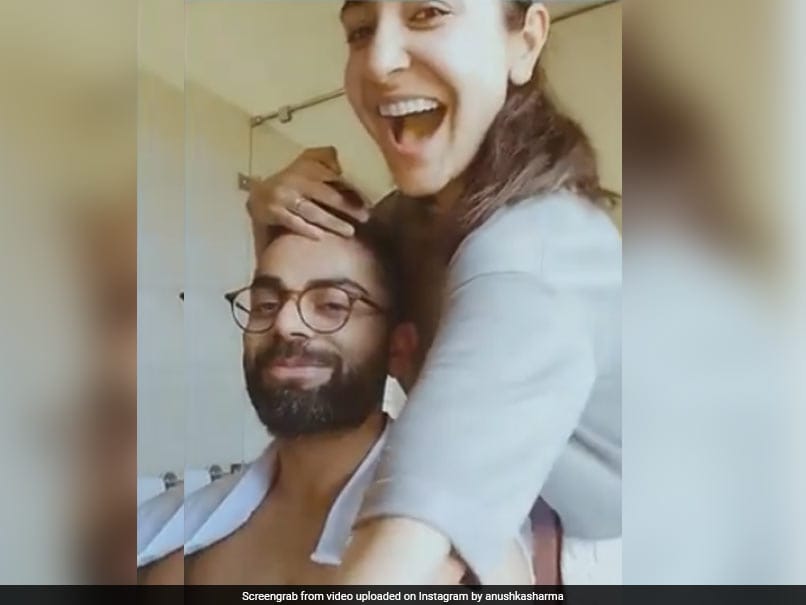 From Virat Kohli having his hair cut by his wife Anushka Sharma, to Ravindra Jadeja on a stallion, India's superstar cricketers are making the most of their enforced break during the national coronavirus lockdown. At a time when the Indian Premier League (IPL) would normally be in full swing, Kohli has sent out a number of video messages telling people to stay indoors to stop the spread of the coronavirus. But the tweet that got the most media coverage and "likes", more than 100,000, was one posted by his actress wife Anushka Sharma of her cutting her style-icon husband's hair.

At the same time Kohli, 31, has been chatting live on Instagram with former England star Kevin Pietersen "about what's happening world over at the moment and also about all the years we've known each other".

Elite cricketers have a relentless travel schedule and while the lockdown is tough for many, Australia coach Justin Langer said it was "nirvana" for his players to have an extended break at home.

Jadeja has been able to indulge his love of horses, posting a video of himself riding a white stallion. The all-rounder was also seen sprinting topless on a treadmill.

My all time favourite pic.twitter.com/DjQWAP6Cze

Paceman Jasprit Bumrah, famous for his lethal sling-arm action, is contenting himself with watering plants, and using "this time to reflect on the aspects of my life that are truly important and picking up some new hobbies along the way".

With many rich and middle-class Indians now forced to do the housework themselves because their domestic staff can't get to work, Bumrah also posted a video of him mopping a floor -- less than successfully.

"My modified mobility drills are keeping the house clean and my mother very happy. (P.s - I had to do everything again without the slippers.)," the 26-year-old wrote on Twitter along with the video.

The Board of Control for Cricket in India (BCCI), which donated $6.8 million to the prime minister's coronavirus relief fund, has also kept its Twitter account active with the news of the players during curfew.

Pictures of Test batsman Cheteshwar Pujara with his wife and daughter were displayed on the BCCI page.

"The Pujara family is spending some quality time home. Some household chores & fun time with the little one. Stay Home Stay Safe," the post said.

Fast bowler Mohammed Shami is "having the most amazing time" with his dog Jack and opening batsman Shikhar Dhawan posted a skit of him doing household chores while getting orders from his wife.

Cricket commentators have also kept the humour alive with witty posts as India, which has 1,965 confirmed coronavirus cases and 50 deaths, pursues a 21-day lockdown which started on March 25.

Sanjay Manjrekar posted a video of him cutting vegetables, complete with a running commentary.

The IPL, cricket's biggest Twenty20 league, is officially postponed until April 15 but it is widely expected to be either pushed back further, severely truncated or cancelled altogether.

In international cricket, India top the ICC Test championship table, are second behind England in the one-day rankings and lie fourth in the T20 chart.

The lockdown in the country of 1.3 billion has left hundreds of thousands of India's poor suddenly jobless, prompting many of them to walk sometimes hundreds of miles back to their home villages.

"Our hearts are breaking looking at the suffering of so many & we hope our contribution, in some way, helps easing the pain of our fellow citizens," Kohli tweeted, adding that the couple were donating to relief funds.

Kevin Pietersen Cricket
Get the latest updates on IND vs NZ 2021, check out the Schedule and Live Score . Like us on Facebook or follow us on Twitter for more sports updates. You can also download the NDTV Cricket app for Android or iOS.