Justin Langer said he remains in regular contact with his players and has no doubt they will observe ongoing fitness and training regimes while in isolation. 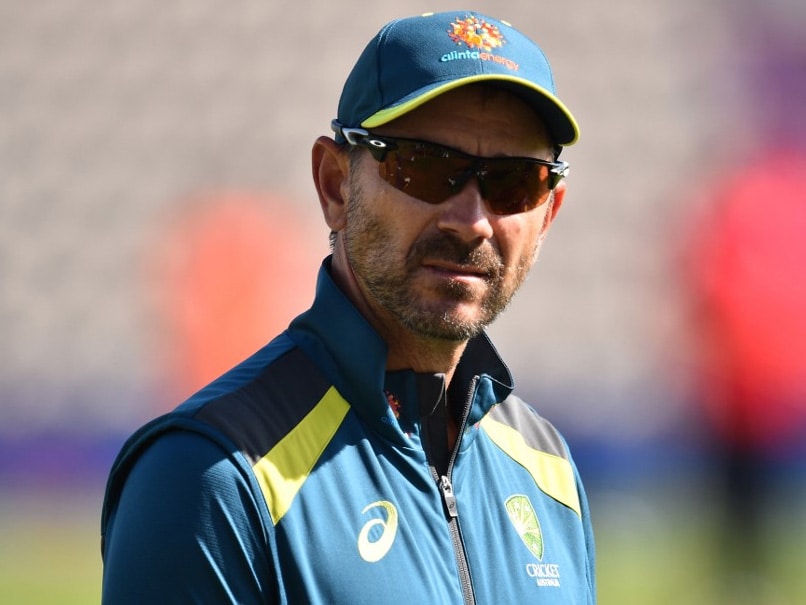 Justin Langer has seen three of his daughters lose their jobs as a result of the COVID19 fall-out.© AFP

Justin Langer has seen three of his daughters lose their jobs as a result of the COVID19 fall-out, and with all cricket suspended Australia's head coach is trying to find a "silver lining" amid many who are showing signs of mental and physical exhaustion. "From a personal point of view, I'm trying to encourage our players to find some silver lining out of it," Langer said in a video-conference interview from home in Perth as quoted by www.cricket.com.au.

"What I mean by that is we're at the back end of our season, and if we can use it as effectively as possible to give ourselves a physical and mental break, it's very important.

"This is like nirvana in that we're home with our families, we sleep in our own beds, we eat home-cooked dinners and we can still work in one degree or another from home.

"We identified in South Africa (during the recent limited-overs tour) that a number of our players were physically and mentally exhausted.

"We had all winter with the World Cup and the Ashes then into our summer -- and some of them came straight from the IPL to the World Cup.

"The point is, it gives them a really good opportunity to recharge and we're looking at scenarios to make sure we'll be ready for whatever comes up."

Langer said he remains in regular contact with his players and has no doubt they will observe ongoing fitness and training regimes while in isolation.

"I'll be very, very surprised if all our guys aren't working very hard," he said.

"Part of their lifestyle now, as professional athletes, is they will keep themselves nice and fit.

"We don't have the same formalised opportunities to do that (but) I also look at that really positively.

"Guys have to take responsibility for staying healthy, staying fit, and working out how they will get the balance right between using the time for that and being healthy (mentally) with it.

"We know we can't sit on our hands, we don't know how long this will last for.

"It's always difficult to stay motivated when you haven't got a concrete goal in front of you.

Speaking on Australia's 0-3 ODI series defeat at the hands of South Africa earlier this month he said it was a "blip" that had more to do with the Proteas' performances than Australia's shortcomings and added his outfit continued to head in a "very, very positive direction" after a dominant home summer.

"I think one or two positions in our World Cup side are up for grabs," Langer said.

"It's a very, very settled team (and) the way our T20 side is playing has been brilliant.

"Our T20 performance -- we were undefeated in Australia (during the summer) -- is an unbelievable achievement.

"It would have been nice to play some more games, and for some of our younger players to be subjected to the pressure which is definitely going to come in the World Cup.

"World Cups are very hard to win but in terms of selection, I'm not too stressed about it.

"The most important part will be for us to get match practice, and we'll make sure we either manufacture it or we'll have plenty of that if this crisis slows down quicker than we think."

Australia Cricket Team Justin Langer Cricket
Get the latest updates on SA vs IND 2021-22, check out the Schedule and Live Score . Like us on Facebook or follow us on Twitter for more sports updates. You can also download the NDTV Cricket app for Android or iOS.