Gautam Gambhir Wants To Be A Cricketer In Next Life Too, But With A Rider

Gautam Gambhir, who represented India in 58 Tests, 147 ODIs and 37 T20Is, announced his retirement on Tuesday. 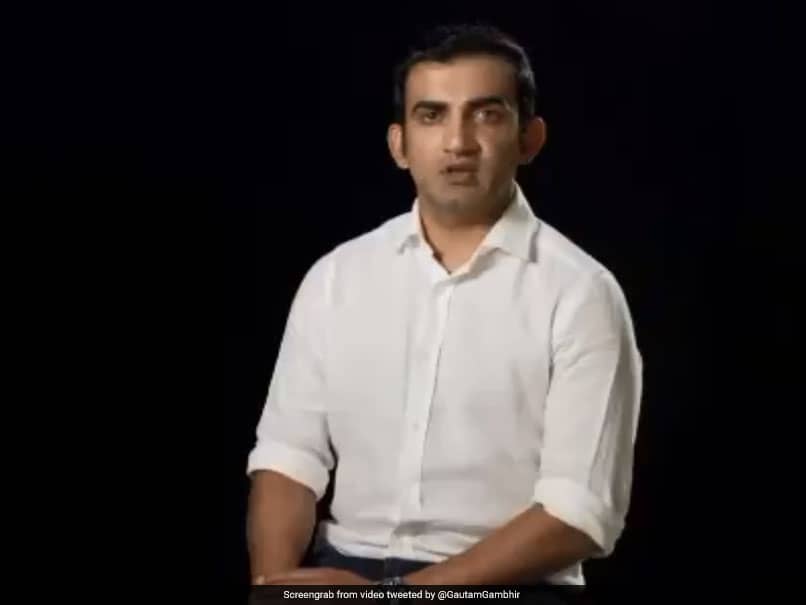 Gautam Gambhir is currently the talk of the town in Indian cricket as he announced his retirement from all forms of the game on Tuesday. As the tributes from cricketers keep pouring in, Gambhir shared another emotional tweet, where he expressed his desire to be a cricketer in his next life too. So much so that he has a desire to take five-wicket hauls. "Cricket in my next life too but with a rider. Wanna open the batting and bowling too. @BCCI ."

Cricket in my next life too but with a rider. Wanna open the batting and bowling too. @BCCI #Unbeaten pic.twitter.com/R9HO0U2UIQ

Making the announcement, the 37-year-old, who represented India in 58 Tests, 147 ODIs and 37 T20Is, had said, “The most difficult decisions are often taken with the heaviest of hearts. And with one heavy heart, I've decided to make an announcement that I've dreaded all my life.” He said the Ranji Trophy game against Andhra starting Thursday will be his last competitive match. The aggressive opener was India's top-scorer in the finals of the 2007 World T20 in South Africa and the 2011 ODI World Cup, both of which India won.

The capricious left-hander, who courted controversy of late for his outspoken views on political issues as well, had a prolific first-class career, which spanned 197 matches and produced 15,041 runs. His List A run count stands at 10,077.

"Each time I got out playing for India, or KKR or Delhi Daredevils, this thought would turn into a sharp disturbing noise and walk with me all the way to the dressing room shouting that 'it is over Gauti'," he explained.

Gambhir said the thought became overpowering during the 2014 IPL, the lowest ebb being three successive ducks in the tournament and things only got worse for him after that.

"I was searching for my confidence in that deep, dark pit but I could only lay my hands on the same sharp, disturbing noise. It said the same: 'It is over Gauti'," he said.

Gambhir, who recently drew criticism for cherry-picking his Delhi Ranji appearances, said he tried hard to make a comeback in this year's IPL but could not make it count.

Gautam Gambhir BCCI Cricket
Get the latest updates on India vs Australia Series, check out the India vs Australia Schedule for 2020-21 and Ind vs Aus live score . Like us on Facebook or follow us on Twitter for more sports updates. You can also download the NDTV Cricket app for Android or iOS.