Gary Kirsten said he went for interview on the invitation of Gavaskar, who was part of the coach selection panel, and ended up with the job after being offered his predecessor Greg Chappell's contract. 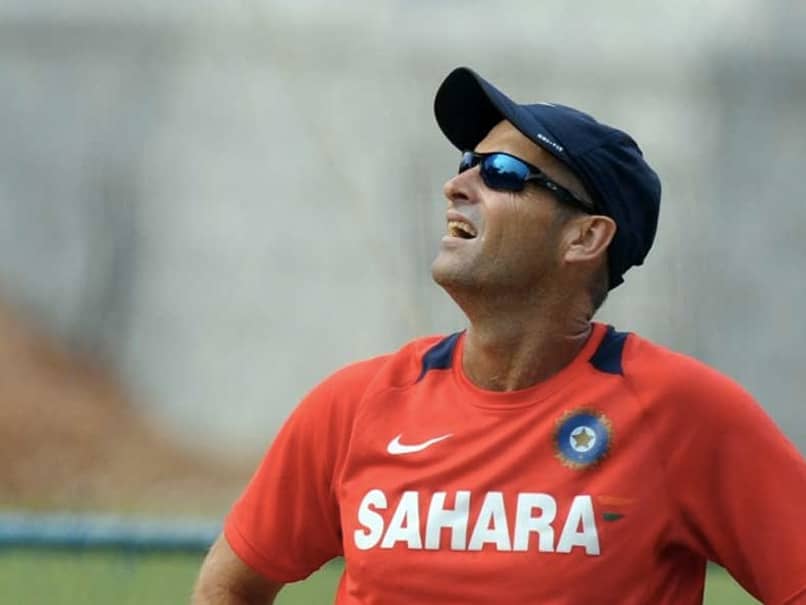 Gary Kirsten guided the team to the top of the Test rankings in 2009.© AFP

He was never interested in coaching neither did he apply for the job, but it took exactly seven minutes for Gary Kirsten to land the high-profile India coach's job back in 2007, a process set in motion by the great Sunil Gavaskar. Speaking on the ''Cricket Collective'' podcast, Kirsten recalled the "bizarre" series of events that unfolded in 2007. Kirsten said he went for interview on the invitation of Gavaskar, who was part of the coach selection panel, and ended up with the job after being offered his predecessor Greg Chappell's contract. "I got an email from Sunil Gavaskar - would I consider coaching the Indian team," Kirsten recalled.

"I thought it was a hoax. I never even answer it. He sent me another email, and said, ''Will you come for an interview?''. I showed it to the wife, and she said, ''They must have the wrong person''.

"So it was a bizarre entry into the whole thing, and rightly so. I mean, I had no coaching experience or anything," he said.

Kirsten said when he landed in India for the interview, a chance meeting with the then captain Anil Kumble had them both laughing at the prospect of him being in contention for the position.

"I went for the interview, it was a bizarre experience in many ways because I kind of arrived at the interview and I see Anil Kumble, who's the current Indian captain, and he says, ''What are you doing here?''. I said, ''I have come for an interview to coach you!''.

"So we kinda laugh about it. It was quite a laughing matter."

Even though he didn't have any coaching experience then, Kirsten went on to become one of the most successful India coaches of all time, guiding the team to the top of the Test rankings in 2009, and then to the World Cup title two years later.

Talking about the interview, Kirsten said he had gone unprepared and it was current India coach Ravi Shastri, who was in the selection panel at that time, to "break the ice".

After that, the former Proteas opener said, all it took was seven minutes to get the nod.

"...I am in this board meeting with these BCCI officials, and it was quite an intimidating environment; the secretary of the board said, ''Mr. Kirsten, would you like to present your vision for the future of Indian Cricket?'', and I said, ''Well, I don't have one.'' No one had asked me to prepare anything for it. I had just arrived there," Kirsten said.

"Ravi Shastri, who was on the committee, said to me, ''Gary, tell us, what did you guys as the South African team do to beat the Indians?''.

I thought it was a great ice-breaker, because I could answer it and I answered it in about two-three minutes without saying strategies that we kind of probably use to this day.

"He was suitably impressed, as was the rest of the board, because three minutes later - I had been in in the interview about seven minutes - the secretary of the board slides across a contract to me," he added.

Kirsten said the contract handed to him at that time had outgoing coach Greg Chappell's name on it.

"(I) pick up the contract, and the first page, I am looking for my name frantically, and I can't see my name, but I see Greg Chappell's name, who was the previous coach.

"So I slide the contract back and I say, ''Sir, I think you have given me your previous coach's contract. He kind of looks at it a little bit perturbed, and takes out a pen from his pocket, scratches out his (Chappell) name and writes my name on it," he said.

Comments
Topics mentioned in this article
Gary Kirsten Cricket
Get the latest updates on India vs Australia Series, check out the India vs Australia Schedule for 2020-21 and Ind vs Aus live score . Like us on Facebook or follow us on Twitter for more sports updates. You can also download the NDTV Cricket app for Android or iOS.