Ravi Shastri took to Twitter and wrote about Barcelona's return to La Liga action, whilst also adding a couple of pictures of Lionel Messi. 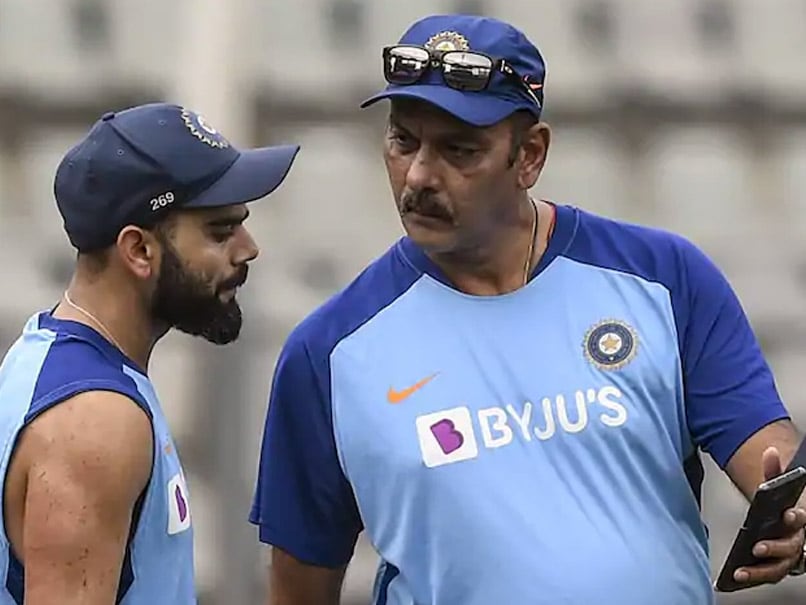 Ravi Shastri took to Twitter on Sunday and expressed his happiness over watching a "great team back on the park alive and kicking". The Indian cricket team coach was referring to Barcelona's first La Liga match after the coronavirus-enforced break. Shastri posted a couple of pictures of Lionel Messi to add to his post, also tagging the Catalan giants. Messi returned without a beard and with a goal and two assists as Barcelona resumed their La Liga title challenge on Saturday with a thumping 4-0 victory over Real Mallorca.

Great to see a great team back on the park alive and kicking - @FCBarcelona pic.twitter.com/7KX3SFNs2p

In the past, Shastri has been a subject of some serious trolling on Twitter, but after his post on Barcelona, some fans swore to never do it again.

That team is great because of that one man #MESSI

Didn't know u are an @FCBarcelona Fan... good to know that..
Awesome match though.. it was just what the doctor ordered.. @RaviShastriOfc #MallorcaBarca #LaLiga #footballisback

More than three months had passed since Messi's last appearance on a football field. The six-time Ballon d'Or winner will be 33 in little over a week, but while he approaches veteran status, his post-lockdown look is more of a reminder of the young Messi.

The hair is longer and swept over to one side. Most strikingly the beard has gone, leaving the Argentine looking fresh-faced.

La Liga's leading scorer looked sharp with the ball at his feet too, and scored the final goal of a 4-0 win away in Mallorca -- after earlier strikes by Arturo Vidal, Martin Braithwaite and Jordi Alba -- as Barcelona moved five points clear of title tivals Real Madrid, who play on Sunday.

Shastri, meanwhile, will be hoping for a quick return for cricket as well. While uncertainty still surrounds the T20 World Cup in Australia later this year, there were some positive signs when the West Indies cricket team landed in England to take part in a behind-closed-doors Test series.

The West Indies arrived in Manchester on Tuesday and will spend several weeks at Old Trafford ahead of the first Test at Southampton starting on July 8 before returning to Lancashire's headquarters for the final two matches.

The three-Test series will mark the return of international cricket following the coronavirus shutdown.

Lionel Messi Cricket
Get the latest updates on Fifa Worldcup 2022 and check out  Fifa World Cup Schedule, Stats and Live Cricket Score. Like us on Facebook or follow us on Twitter for more sports updates. You can also download the NDTV Cricket app for Android or iOS.