England's Moeen Ali Ready To Return To Tests Despite "Scapegoat" Past

Moeen Ali missed the Test matches during England's winter tours of New Zealand and South Africa after taking a spell away from the longest format of the game. 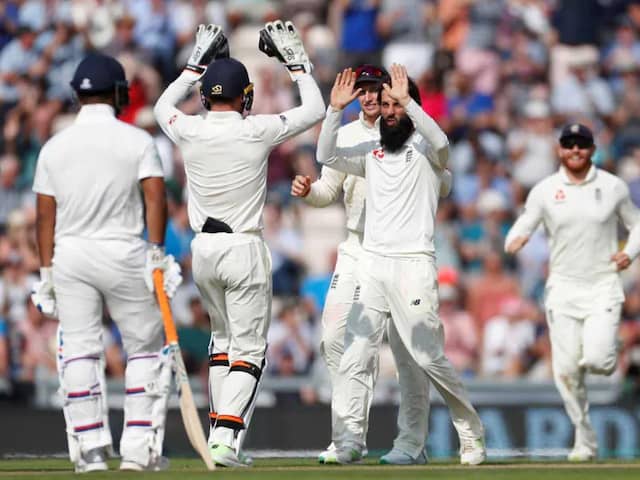 Moeen Ali says he is ready to return to Test action for England after a self-imposed exile.© Reuters

Moeen Ali says he is ready to return to Test action for England after a self-imposed exile from the red-ball game despite having been made to feel like "a scapegoat" in the past. All-rounder Moeen missed the Test matches during England's winter tours of New Zealand and South Africa after taking a spell away from the longest format of the game. The 32-year-old, who continued to play limited overs matches for England, has been reflecting on his absence during the coronavirus lockdown and suggested he would be willing to return to Tests if selected when cricket eventually resumes.

"I think I'd probably be ready (to play Test cricket) now, to be honest. Clearly I would have to be playing well and win a spot back on merit," Moeen told the Guardian.

"But in terms of being available - and obviously I'm speaking hypothetically - if there was a Test match tomorrow and I got the call, I'd say 'yes'.

"We're all missing cricket right now and coronavirus makes you realise what you love. It could take out the whole summer and that would be a big thing."

Moeen was dropped after the first Test against Australia last year and admitted to feeling like a scapegoat.

He has played 60 Tests for England, scoring five centuries and taking 181 wickets.

"When you find yourself surrounded by a few negative comments, somehow it's all you can focus on. You have to be mentally stronger and filter more of it out," Moeen said.

"It's almost been a case of forgiving anyone who has ever said anything I didn't like and now looking to start afresh when we get back playing.

"I may have felt a scapegoat at times in the past but I'm over it now. It's time to move on."

Moeen Ali Cricket
Get the latest Cricket news, check out the India cricket schedule, Cricket live score . Like us on Facebook or follow us on Twitter for more sports updates. You can also download the NDTV Cricket app for Android or iOS.