After the one-off Test, India women will take on England women in a three-match ODI series beginning June 27 at Bristol. 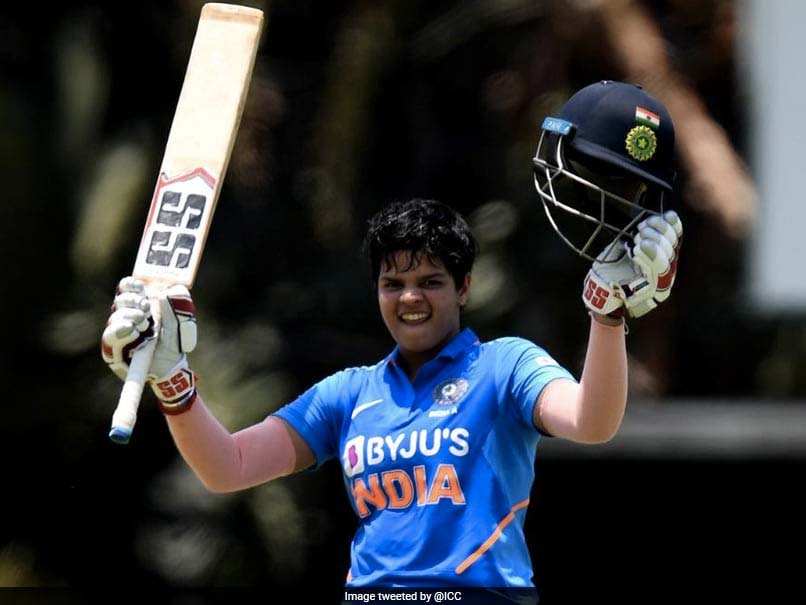 Eyes will be on Shafali Verma in the upcoming ODIs against England.© Twitter/ICC

Sneh Rana and Taniya Bhatia played memorable knocks in the one-off Test against England to help India walk away with a draw, and the increased self-belief and confidence will stand Mithali Raj's side in good stead when they take on England in the upcoming three-match ODI series. The three ODIs will begin on Sunday and this would provide a chance for India to narrow down on the players who would be suitable for the women's 50-over World Cup set to be played next year. Earlier this year, the Indian side lost the limited-overs series (both ODIs and T20Is) against South Africa and this showed how the side needs to up their game.

Smriti Mandhana has been able to provide good starts at the top with a good strike rate, but once she is dismissed, the middle-order has struggled to score runs at a brisk pace and this has resulted in India not being able to post a total of more than the 250-run mark.

However, Shafali Verma has now found a place in the ODI setup and she has the potential to set the stage on fire. Even if she stays for 15 overs at the crease, the side would have around 70-80 runs on the board.

The last series against South Africa is proof enough of how the Indian side needs to reinvent their batting in the middle-order and the runs need to come at a brisk pace.

Punam Raut has already reinvented her game and the series against South Africa showed how the number-three has worked on her game to increase her strike rate.

Off late, Harmanpreet Kaur and Mithali Raj have not given consistent performances in the 50-over format, and the earlier the duo gets their mojo back, the better it would be for the Indian side.

The ODI series against South Africa saw the Indian attack not being able to defend scores of 230-240, but the attack needs to bring their A-game against this strong England line-up.

Shikha Pandey has made her way back into the squad and along with Jhulan Goswami, she will form a stellar partnership.

Radha Yadav, Poonam Yadav, and Sneh Rana are quality spinners and these three are capable of spinning a web around the English line-up.

It is safe to say that this series against England will help India gauge their preparation for next year's World Cup.

England Women Sneh Rana Smriti Mandhana
Get the latest updates on IPL 2021, check out the IPL 2021 Schedule and Indian Premier League Live Score . Like us on Facebook or follow us on Twitter for more sports updates. You can also download the NDTV Cricket app for Android or iOS.