The likes of Shannon Gabriel, Kemar Roach, captain Jason Holder and Alzarri Joseph will be vying to make an impact when West Indies take on England in the first Test. 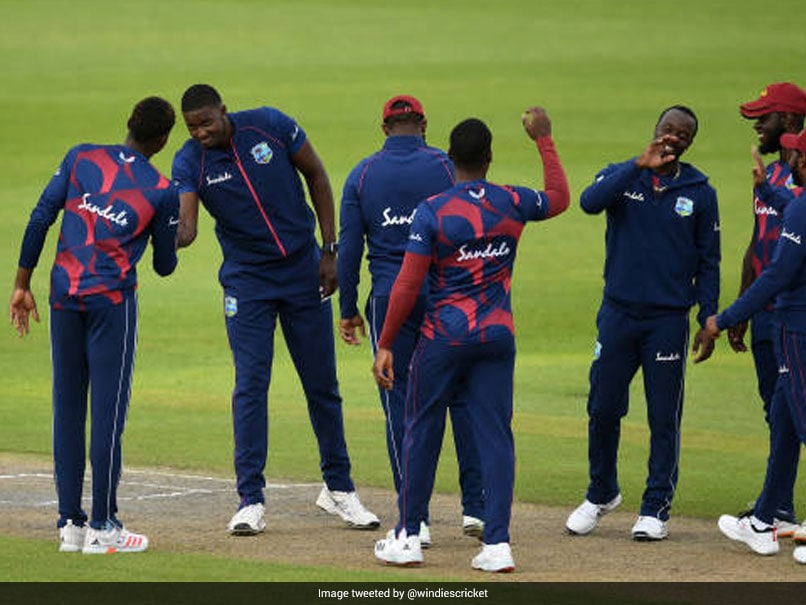 West Indies are set to field their latest fast-bowling quartet during this week's first Test.© Twitter

West Indies are set to field their latest fast-bowling quartet during this week's first Test against England in Southampton, with the likes of Shannon Gabriel, Kemar Roach, captain Jason Holder and Alzarri Joseph all vying to make an impact. The Caribbean has a long and proud history of producing top-class fast bowlers. Gabriel's prospects of facing England in next week's series opener at Southampton increased after he was formally added to the West Indies Test squad on Thursday. The experienced fast bowler was initially among the travelling reserves but has now been drafted into the 15-strong frontline squad after proving his fitness following ankle surgery with encouraging displays in the two intra-squad warm-up matches at Old Trafford.

Here's a look back at some previous West Indies pace attacks in England:

-- The original 'fearsome foursome' revolutionised world cricket under the captaincy of Clive Lloyd by ensuring there was no respite for batsmen even when the shine had gone off the ball.

Although all capable of being genuinely quick, the guile of Roberts, the speed through the air of Holding, the steepling bounce and crushing yorkers of the 6ft 8in Garner and the awkwardness of Croft, from wide of the crease or around the wicket, meant they each posed different problems for batsmen.

Meanwhile this series also saw Malcolm Marshall, arguably the greatest West Indies fast bowler of them all, start to establish himself in the side.

Even so, the West Indies only won the series 1-0, with Roberts taking eight wickets in a two-wicket win in the opener at Trent Bridge before the other four matches were all drawn largely due to weather interruptions.

-- The 'Blackwash' team hammered England 5-0. The writing was on the wall for the hosts when Marshall struck debutant Andy Lloyd on the head with a bouncer in the series opener, with the batsman never playing another Test.

Marshall's mastery was evident when he took seven for 53 in the third Test at Headingley despite a broken thumb an he finished the series with 24 wickets at 18.20 despite missing a match through injury. Barbados team-mate Garner took 29 wickets at 18.62.

-- West Indies won 4-0 in a series where England's disarray was summed up by the fact they got through four captains.

Marshall, capable of both sheer pace and late movement, led the way with 35 wickets at a staggeringly low average of 12.65 apiece, with Ambrose -- soon to become the leader of the attack -- and Walsh offering excellent support.

-- With the likes of batting greats Gordon Greenidge and Vivian Richards having now both retired, the West Indies found themselves held to a 2-2 draw in a six-Test series.

But all four frontline bowlers still took more than 21 wickets each.

Nevertheless there were signs the West Indies were not the force they had been and in 2000 England beat them in a series for the first time in 31 years.