"I'm Ready For It": Shane Dowrich On Playing In England

Shane Dowrich said he would like to leave England with a Test hundred. 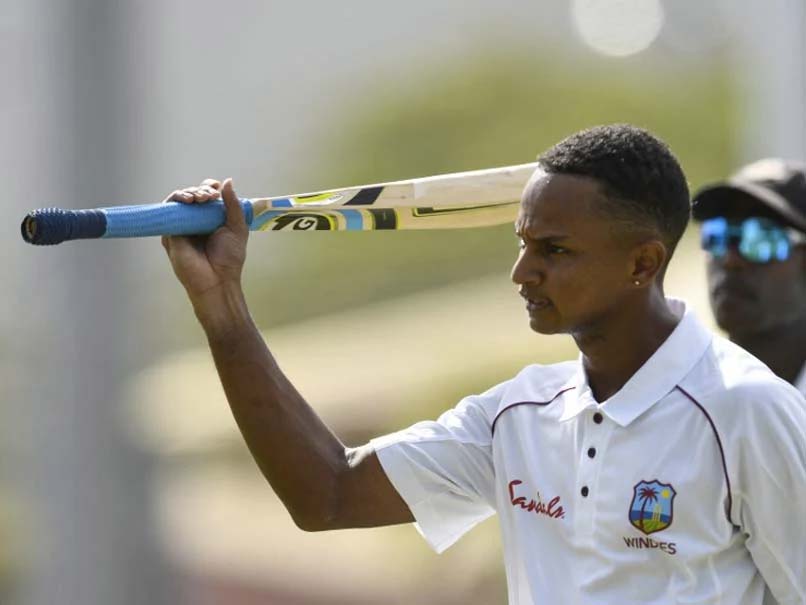 Shane Dowrich will bat down the order as Darren Bravo and Shimron Hetmyer opted out of the tour.© AFP

Ahead of the three-match Test series, West Indies wicketkeeper-batsman Shane Dowrich said that playing in England will always be challenging but he is ready and wants a Test hundred on the tour. "I consider myself a different player to what I was three years ago. The last time I was here, it was very tough for me - it was a series that really changed around my career," ESPNcricinfo quoted Dowrich as saying. "I was young, I was in unfamiliar territory - to be honest, I really didn't cope well with it. Since then, I've been able to go away and I've learned a lot from my experience over here last time. Playing in England will always be a challenge, but I think I'm ready for it," he added.

With Darren Bravo and Shimron Hetmyer both absent from this squad, having opted not to travel to the UK, Dowrich will play down in the batting order.

"I'd like to leave England with a Test hundred, and I'm looking to average around 40 in this series. I would love to score a Test hundred in England. Scoring runs is always a challenge, but I think if you're going to rate yourself as a player, you have to be able to do it. I think I've put in enough work to come away with something in the series," he said.

The 28-year-old has played 31 Tests for the Windies and amassed 1,444 runs at an average of 30.08. He has scored three centuries and eight fifties in the longest format of the game.

The West Indies squad is staying, training and playing in a "bio-secure" environment during the seven weeks of the tour, as part of the comprehensive medical and operations plans to ensure player and staff safety.

International cricket has been suspended since March due to the coronavirus pandemic, but the action is set to resume in July as England and West Indies take on each other in the series.

The first Test will be played from July 8.

Shimron Hetmyer Cricket
Get the latest updates on SA vs IND 2021-22, check out the Schedule and Live Score . Like us on Facebook or follow us on Twitter for more sports updates. You can also download the NDTV Cricket app for Android or iOS.