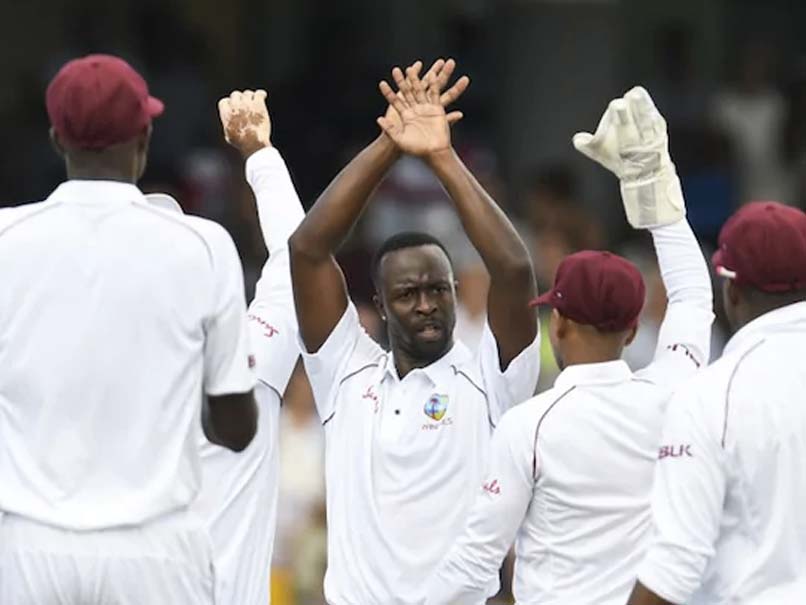 Courtney Walsh has also said that Kemar Roach needs to focus on the job and not the record.© AFP

Former West Indies pacer Courtney Walsh has said that Kemar Roach can easily scalp 300 wickets in the longest format if his workload is managed properly. Roach is just seven wickets away from becoming the ninth West Indian fast bowler to reach 200 Test wickets. England and West Indies will take on each other in a three-match Test series, and Roach would look to achieve the feat in the first match of the series. "Workload management is something that they can look at it. I don't think he has played a lot of shorter versions of the game. He has played a couple of ODIs and he's still good enough to do that. But it's up to him as an individual as well to set the standards, set the goals he wants to achieve," ESPNCricinfo quoted Walsh as saying.

"He will get 300 quite easily once the workload management is good and he is playing consistent cricket What you don't want to happen to him is that every time he comes back he starts all over again," he added.

Walsh has also said that Roach needs to focus on the job and not the record. He also said that all other bowlers in the side need to provide the necessary support to Roach.

"He has to have someone like I had Curtly Ambrose. He needs to have someone in this team who can probably give him a smile or something different to take your mind away from it. And that in itself will help him to relax," Walsh said.

"It's an achievement that not many West Indians have got there and he will be in an elite group of people who've done it. Couldn't happen to a nicer guy," he added.

The England-Windies Test series will be held at Hampshire's Ageas Bowl and Lancashire's Emirates Old Trafford, which have been chosen as bio-secure venues.

Jason Holder would be leading the Windies, while Ben Stokes would captain England in the first Test as regular skipper Joe Root would be attending the birth of his second child.

The proposed dates for three Tests are:

The ICC has also confirmed interim changes to its playing regulations, including the ban of saliva to shine the ball and allowing replacement of players displaying symptoms of COVID-19 during a Test match.

Old Trafford, Manchester
Get the latest updates on Fifa Worldcup 2022 and check out  Fifa World Cup Schedule, Stats and Live Cricket Score. Like us on Facebook or follow us on Twitter for more sports updates. You can also download the NDTV Cricket app for Android or iOS.