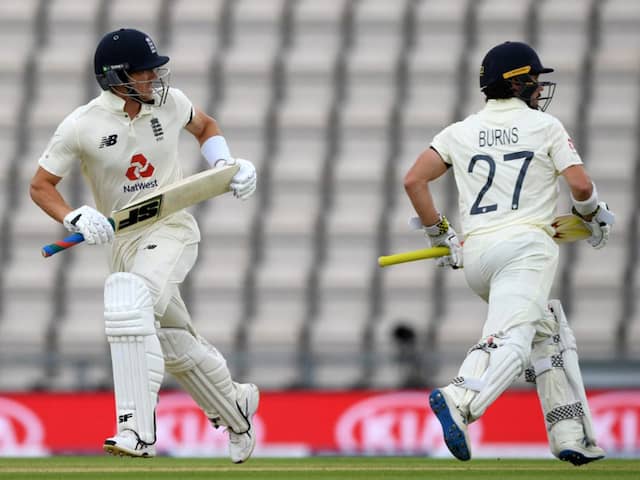 International cricket resumed after a four-month coronavirus shutdown on Wednesday as England and West Indies players, who rekindled the powerful imagery of clenched fists inside black gloves, took a knee under grey skies in Southampton in support of the global campaign against racial injustice. Only 82 minutes' play was possible on a day marred by rain and bad light interruptions after weeks of glorious sunshine in Britain. England stand-in captain Ben Stokes won the toss after bad weather meant the morning session was washed out. The players gathered in a semi-circle on the pitch before play started to observe a minute's silence in memory of the victims of the coronavirus and West Indies great Everton Weekes, who died last week at the age of 95. They then dropped to one knee in support of the Black Lives Matter campaign following the death in the United States of George Floyd in May. West Indies players  wore black gloves on their right hands in an echo of the "Black Power" protests made famous by US athletes at the 1968 Mexico City Olympics. (SCORECARD)

Jason Holder Live Score Live Cricket Score Cricket Live Blogs England vs West Indies, 1st Test
Get the latest Cricket news, check out the India cricket schedule, Cricket live score . Like us on Facebook or follow us on Twitter for more sports updates. You can also download the NDTV Cricket app for Android or iOS.