Misbah-ul-Haq said that recent tours by Sri Lanka and Bangladesh showed that Pakistan can provide adequate levels of security for touring sides. 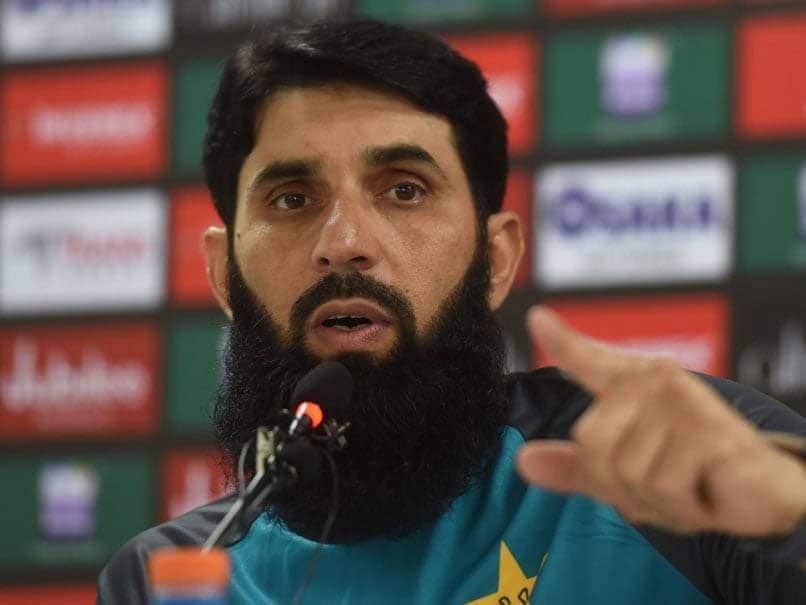 Misbah-ul-Haq said the whole cricket community needs to support each other amid the coronavirus pandemic.© AFP

Pakistan coach Misbah-ul-Haq said he hoped England would tour the country "soon" after his side travelled to Britain during the coronavirus pandemic. England have not visited Pakistan since 2005/06. An attack by armed militants on Sri Lanka's team bus in Lahore in 2009 ended major cricket tours for a decade. But other countries have since made the trip, with England scheduled to return in 2022. Pakistan Cricket Board chief executive Wasim Khan has urged England to tour even before then and Misbah, in a column for the PCB's website published Wednesday, said: "Looking into the future, we would really appreciate England visiting Pakistan soon."

He pointed out the sides that had toured recently, including Sri Lanka and Bangladesh, and said a number of England players had appeared in the Pakistan Super League, a Twenty20 competition.

"Players from all over the world now know about the levels of security Pakistan can provide and how much they will be welcomed," said Misbah, who is also Pakistan's chief selector.

A draw in the third Test at Southampton condemned Pakistan to a 1-0 series loss on Tuesday ahead of a three-match Twenty20 series starting later this week in Manchester, which will also be played behind closed doors.

Pakistan and the West Indies, who played a three-Test series in England last month, are two of cricket's financially poorer leading international sides.

Yet they have helped spare the England and Wales Cricket Board losses that could have run into hundreds of millions of pounds.

"The whole cricket community needs to support each other -- that's the only way to promote the game and bring joy to fans and cricket lovers," said Misbah as he thanked the ECB for their hospitality.

The excellent rapport between the sides was underlined when England's James Anderson, soon after becoming the first paceman to take 600 Test wickets, found time to talk to Pakistan left-arm quick Shaheen Afridi on Tuesday.

"It was great to see Shaheen having the chance to talk about bowling with Jimmy Anderson after the Test had finished," said Misbah.

"Anderson's achievement of reaching 600 Test wickets is amazing. He has shown exceptional discipline, motivation and determination because fast bowling is the toughest job in cricket," the former Pakistan captain added.

It was Pakistan's first Test series loss to England in a decade but Misbah was proud of the "fight" his side demonstrated after an agonising defeat in the opening match at Old Trafford.

He reserved particular praise for Pakistan captain Azhar Ali who, after managing just 38 runs in the first two Tests, responded with 141 not out in the series finale.

"He was under a lot of pressure but he showed great character and mental strength," said Misbah.

"That innings saved the game for us. Any batsman scoring a hundred is always special but that innings was extra special because Azhar had worked so hard.

"Finally, every single ball thrown to him, everything we did together had paid off."

James Anderson Cricket
Get the latest updates on IPL Auction 2023 and check out  IPL 2023 and Live Cricket Score. Like us on Facebook or follow us on Twitter for more sports updates. You can also download the NDTV Cricket app for Android or iOS.