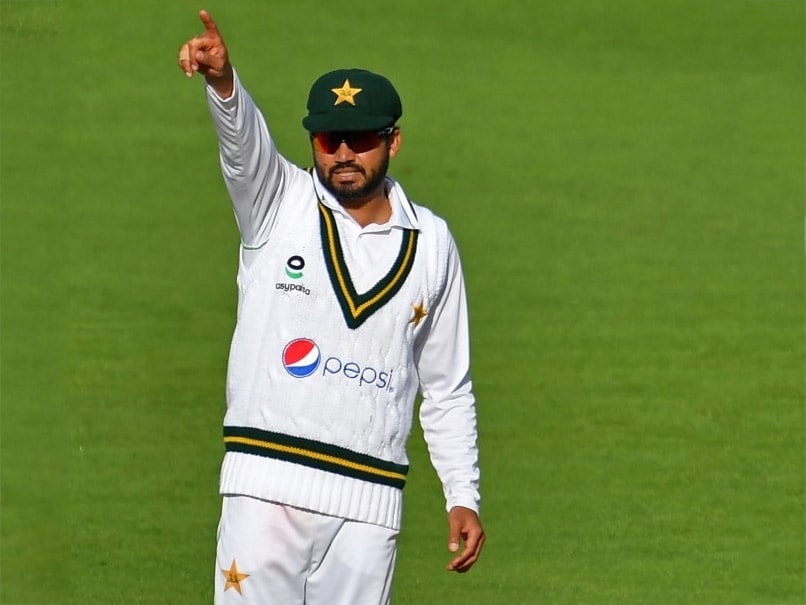 Azhar Ali scored an unbeaten century in the third Test in Southampton.© AFP

Pakistan skipper Azhar Ali says he did feel pressure when he was struggling to score runs in the lost series against England but the thought of quitting captaincy never crossed his mind. Pakistan lost the three-Test series 0-1 as the final Test also ended in a draw on Tuesday after the two teams played out a draw in the second game in Southampton. Azhar faced criticism for his run drought before scoring a hundred in the first innings of the third Test.

"No, I remained focused on this series. This consideration never entered my mind. Yes there was pressure but I was focussed on my performances," he told reporters when asked if he wanted to quit as captain during the series.

"After we lost the first Test, as captain I had to bear the pressure and criticism. But I vowed to turn it around with my performances and the amount of experience we had in our team management also helped us get over the first test defeat and move on."

England won their first Test series against Pakistan since 2010.

"We are disappointed at not being able to win the series. We came here to not only draw the series but to win it. We got our opportunity but missed it. Credit also goes to England; they took advantage of opportunities," he said.

England, chasing 277 runs to win the first Test, were 117 for five before Jos Butler and Chris Woakes rallied them around and took them to an unexpected victory.

Azhar conceded that when one loses a match from a strong position the dressing room atmosphere becomes difficult for a team to rally back.

"Teams fall apart but the good thing is this didn't happen to us and we remained as a group and fought back in the next Test," he added.

Azhar said he has always respected the opinion of former players and analysts and takes criticism on his chin.

"As captain only I know what is the situation on the field, what is going on in the mind of the bowlers, what the bowler is thinking, things that people sitting outside don't know.

"Everyone has their opinion and I respect them but as captain, you know that in certain circumstances you couldn't have done that. But I give value to everyone's opinion but it is true it is different for people who are on the spot and taking decisions."

"On the spot as captain, you assess and take decisions according to match conditions and according to the condition and mental state of players."

Azhar also conceded that he had made a slight change to his stance to get back into form in the third test but said it is never easy to leave comfort zone during a series.

"When a player has runs under his belt he has a comfort level, but when the opposition has worked on you, it not easy to make changes to your technique in a series. In 2016 also I faced problems in England. But I modified my stance and it worked for me."

"Asad didn't have a good series but we will continue to back him as he had two good series previous to coming to England. Babar batted with authority in the series and I think you can't expect a batsman to score big runs all the time. Sometimes you need patience but he is an example for us."

He did concede that young fast bowler, Naseem Shah needed to gain more experience and learn more as he didn't live unto expectations in the series.

"He has pace and I thought he bowled against top players like Joe Root and Ben Stokes and he would have learnt and I hope he keeps on improving."

Joe Root Cricket
Get the latest updates on Fifa Worldcup 2022 and check out  Fifa World Cup Schedule, Stats and Live Cricket Score. Like us on Facebook or follow us on Twitter for more sports updates. You can also download the NDTV Cricket app for Android or iOS.