ENG vs PAK 2nd Test: Just an hour play was possible on Day 4, before a combination of bad light and rain forced an early stumps, with England trailing Pakistan by 229 runs. 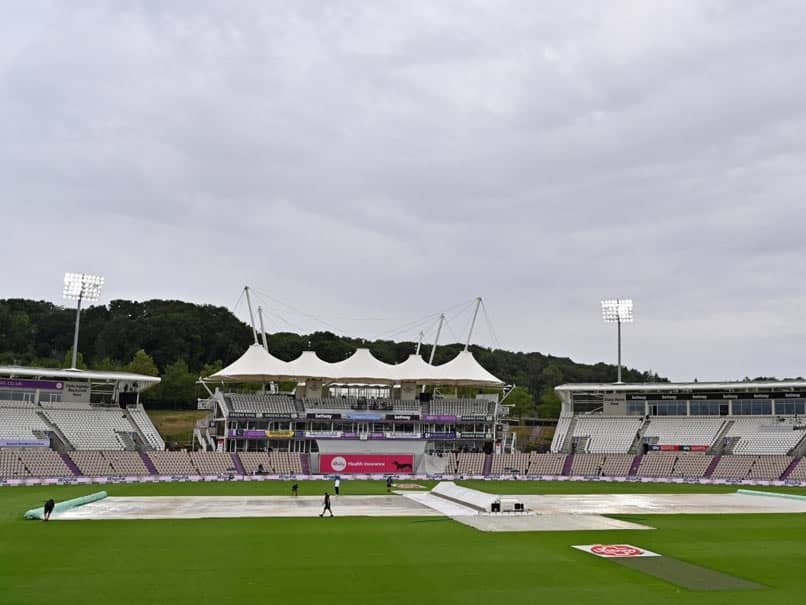 Apart from opening one hour, no further action was possible on day 4 as bad light and rain played the spoilsport yet again, forcing the early stumps in Southampton, with England trailing Pakistan by 229 runs. With not so promising weather forecast for Day 5, the match is all but dusted. Unlike Saturday when not a single ball was bowled, the opening one hour on Sunday was filled with action. First, Mohammad Rizwan added some crucial runs to his overnight score as Pakistan posted a respectable first innings total of 236 runs all out. He got out trying to flick Stuart Broad's delivery which was bowled on his pads. Broad was the pick of the bowlers for England, as he returned with figures of 4/56. His partner James Anderson also had a successful outing as he dismissed three batsmen, while Sam Curran and Chris Woakes picked up one wicket each. Then, Shaheen Shah Afridi got Pakistan off to a great start as he removed Rory Burns in his very first over for a duck, before the bad light forced the players to leave the field. After cutting short the first session. the persistent rain completely washed out the second session. Finally, when the rain did stop, match officials decided to call off the day as the outfield had taken a great beating after hours of rain. (SCORECARD)

The Rose Bowl, Southampton Cricket England vs Pakistan, 2nd Test Live Score Live Cricket Score Live Blogs
Get the latest updates on IPL 2020, check out the IPL Schedule for 2020 and Indian Premier League (IPL) Cricket live score . Like us on Facebook or follow us on Twitter for more sports updates. You can also download the NDTV Cricket app for Android or iOS.