England skipper Eoin Morgan said that there is "a bit more on the line" whenever they play against Australia. 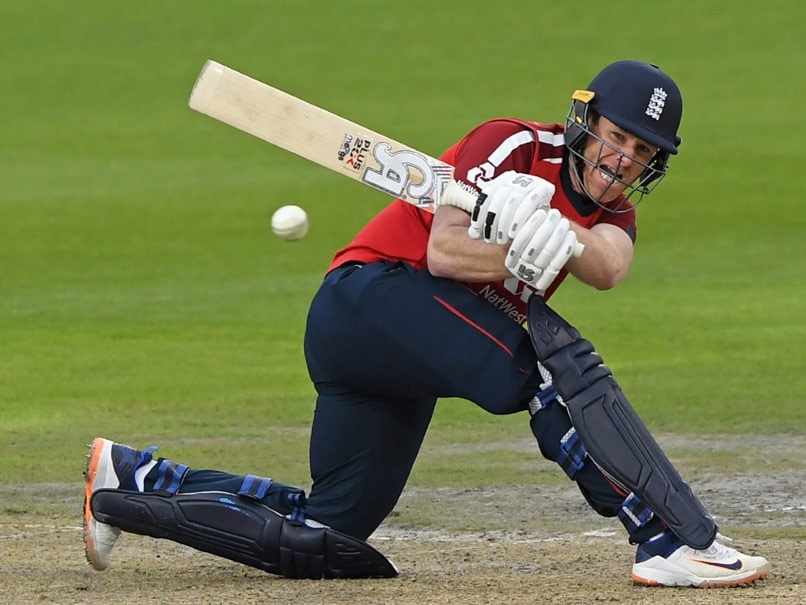 Eoin Morgan said his side will be up against Australia's "best XI" in the series.© AFP

England skipper Eoin Morganhas picked Australiaas the favourites for the upcoming T20I seriessaying that his side will be up against Australia's "best XI". "Probably Australia because they have their strongest squad here, so they'll probably be putting out their best XI. If you're to go on that I'd say they're just favourites," Cricket.com.au quoted Morgan as saying when asked who he considers favourites for the series.

England and Australia will play three T20Is and as many ODIs, with the first T20I set to be played on Friday at The Rose Bowl, Southampton.

Despite Morgan declaring Australia as the favourites, it is England that is going to enjoy a few advantages in the series over Australia.

Apart from the home conditions, the other advantage England will have is that the Australian side has not played a competitive match in six months due to the coronavirus pandemic.

England have hosted a number of series, with strict guidelines and protocols put in place to safeguard players from the coronavirus.

Most recently, England witnessed a 1-1 draw against Pakistan in a three-match T20I series.

Morgan also went on to term Australia the "best side in the world".

"When you grow up watching Ashes cricket or any game against Australia it's always built up and seen as a pinnacle of anybody's career. Regardless of the format that you play there is always a bit more on the line when you play against Australia," he said.

"Given the fact that Australia are normally one of the best sides in the world, I think that's an added caveat to try and pit yourself against the best side in the world. So coming out of it, if you do play well and have a good day out or beat them there's always a huge confidence booster with that," Morgan added.

Eoin Morgan Cricket
Get the latest updates on Fifa Worldcup 2022 and check out  Fifa World Cup Schedule, Stats and Live Cricket Score. Like us on Facebook or follow us on Twitter for more sports updates. You can also download the NDTV Cricket app for Android or iOS.