Marnus Labuschagne May Have To Wait For T20I Debut, Says Aaron Finch

Marnus Labuschagne might have to wait for his T20I debut due to the presence of Aaron Finch, David Warner and Steve Smith in Australia's top order. 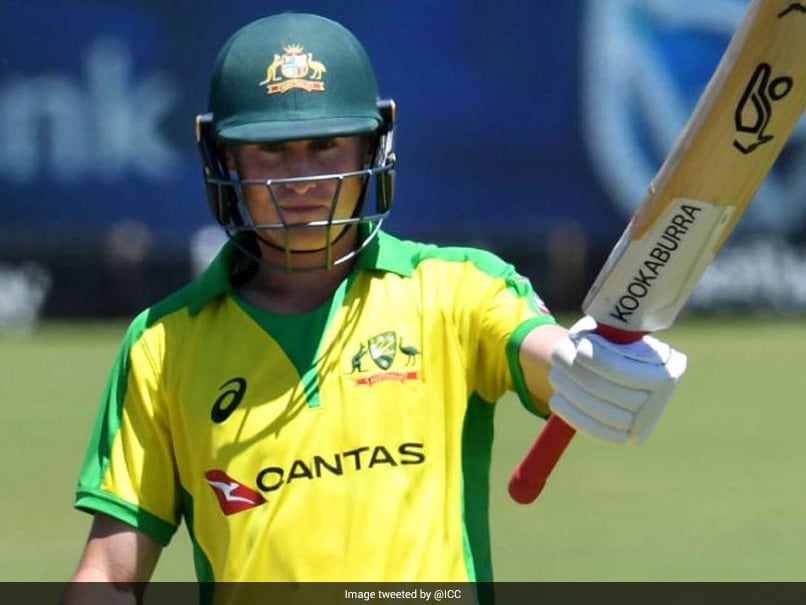 Marnus Labuschagne has a tough task to break into Australia's T20I team.© Twitter

Australia's Marnus Labuschagne may have to wait to make his Twenty20 international debut despite a dazzling start to the tour of England, according to captain Aaron Finch. Labuschagne, a breakout star of last year's drawn Ashes campaign in England, scored 100 off 51 balls when opening in a T20 trial game on Tuesday. But with Finch and David Warner established as an opening pair and star batsman Steve Smith a powerful presence in the top order, the 26-year-old may be unable to force his way into Australia's side to play England.

The first game in a three-match T20 series between the two top-ranked teams in the format takes place in Southampton on Friday.

"We're pretty settled with how we structure our T20 side at the moment," Finch told a conference call on Thursday.

"He (Labuschagne) played nicely the other day, but I think he might have to wait a little bit longer in T20 cricket."

Wicketkeeper Alex Carey struck 107 in the same innings as Labuschagne, while all-rounder Glenn Maxwell hit 108 in a 50-over warm-up match.

Top-ranked T20 side Australia also face England, the world champions in 50-over cricket, in three one-day internationals later this month.

"It's been a really good hit out the last few days," said Finch. "Obviously with Maxwell getting a hundred, Marnus, Alex Carey all getting hundreds in two different formats is really pleasing."

Finch knows the Southampton ground well -- he hit a then T20 world record 156 against England at Hampshire's headquarters in 2013.

"Your defensive bowling becomes really important because it's a wicket that has a touch more pace than some other wickets around the country," explained Finch.

"So it gives you the opportunity to hit through the line and take the game on a little bit earlier on in your innings than what you generally would."

England beat Australia in the semi-finals of the 50-over World Cup last year but Finch said his side did not carry scars from that experience.

Asked if this series might serve as a preview for the semi-finals or final of next year's T20 World Cup in India, Finch added: "I hope so. They (England) have played great cricket in shorter formats for a few years now.

"They're a team that make you make decisions really quickly, whether to attack or counter-attack or defend, especially when they've got the bat in hand."

Finch said neither team would make a pre-match gesture in support of the Black Lives Matter movement as happened when England and the West Indies took a knee during their Test series earlier this season.

"I've spoke to Eoin (Morgan, England captain) and we're not going to do a specific gesture like has happened in the past," he said.

"We were really proud to play a game where it's celebrated all over the world and anyone can play it -- it doesn't matter what race, what religion, what nationality -- cricket is the game for everyone and I'm really proud about that.

"The education around this is more important than a protest."

Aaron Finch Cricket
Get the latest updates on IPL Auction 2023 and check out  IPL 2023 and Live Cricket Score. Like us on Facebook or follow us on Twitter for more sports updates. You can also download the NDTV Cricket app for Android or iOS.