The coronavirus pandemic threatened to wipe out England's entire home season yet they are now set to complete all 18 scheduled men's internationals. 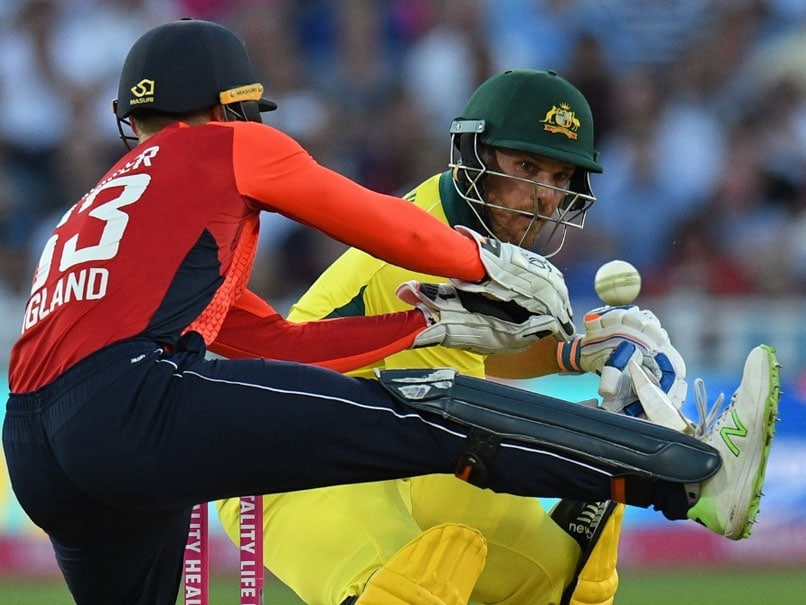 One of England's most extraordinary seasons will end with them facing arch-rivals Australia.© AFP

One of England's most extraordinary seasons will end with them facing arch-rivals Australia as both sides try to strike a balance between playing their strongest limited-overs teams and keeping an eye on the future. The coronavirus pandemic threatened to wipe out England's entire home season yet they are now set to complete all 18 scheduled men's internationals, albeit the fixtures have been played behind closed doors. They face Australia in three Twenty20s in Southampton starting on Friday before taking on their oldest foes in a further three one-day internationals in Manchester later this month.

The Twenty20s should have served as preparation for October's T20 World Cup in Australia but the Covid-19 outbreak means the next edition of the global showpiece will take place in India in 2021.

That does give both teams time to fine-tune their line-ups but equally they may want to give their strongest XIs as much as time as they can in their middle.

Australia are currently the world's top-ranked T20 side, with much of their success built on a top order featuring captain Aaron Finch, David Warner and Steve Smith.

So even though the likes of Marcus Stoinis and Marnus Labuschagne have been in the runs during Australia's warm-up matches in England, they are unlikely to displace the three premier batsmen.

"We've had a pretty settled T20 side over the last 12 months or so and all we can ask for is that guys bang so hard they are putting pressure on the guys in there," said Australia coach Justin Langer, who can also call upon Glenn Maxwell in the middle-order after he took a break to deal with mental health issues.

England beat Australia in the semi-finals on the way to winning last year's 50-over World Cup and white-ball captain Eoin Morgan believes consistency of selection is important if they are to replicate that triumph in the T20 equivalent.

England were without several multi-format players during their recent T20 series with Pakistan that ended in a 1-1 draw at Old Trafford on Tuesday.

The likes of 21-year-old opener Tom Banton starred against Pakistan but Jos Buttler could now regain his place at the top of the order.

World Cup-winning fast bowlers Jofra Archer and Mark Wood will provide extra firepower to an attack still without star all-rounder Ben Stokes, who remains on compassionate leave while he spends time with his ill father.

"Dangerous... that's what I made of England," said Langer.

"I've watched the way Eoin Morgan plays, it's exciting to watch, he just comes out and smacks it from ball one."

"They've been the best one-day team in the world for a few years now.

"They are a very good cricket team, well led. We know what to expect and we'll be ready."

Meanwhile Wood hopes he can get inside the head of a few batsmen ahead of the 2021/22 Ashes in Australia.

"There's an extra incentive when you play Australia, your biggest rivals," said Wood.

Aaron Finch
Get the latest updates on IPL Auction 2023 and check out  IPL 2023 and Live Cricket Score. Like us on Facebook or follow us on Twitter for more sports updates. You can also download the NDTV Cricket app for Android or iOS.